You may be wondering what has happened to Belle’s quilts. Well, it is taking time. I have to choose the right moments to work on them. They feel and smell of Belle. Making them is not an easy thing. But there has been some progress recently.

For the first quilt I chose twelve of Belle’s many stripey t-shirts. I cut them up and pieced them. The cutting was emotionally rather difficult. Once I had the pieces, though, the process became more abstracted and easier to do. I was making something, not cutting up her clothes, and the t-shirts were becoming another thing.

So the block design I chose is (rather loosely) based on those used in ‘bedspread 31’ in this book: 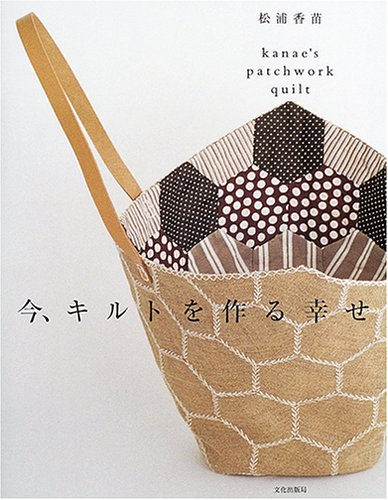 (There are some really lovely designs for all sorts of things in here and, because the diagrams are so clear, you do not need to read Japanese.)

Piecing the T-shirts was quite tricky at times, because of the different mix of fabrics. Some are made of pure, and rather heavy cotton jersey, others are lighter, and contain different percentages of viscose, lycra, and elastene. Not only did the pieces (being made of essentially of knit stockinette) want to curl up, each separate piece behaved differently under the sewing machine because they were made of different fibres. And the fact that I wanted my stripes to go in different directions — often against the grain of the fabric — complicated matters even further. Aigh!

Here are the pieced blocks laid out: 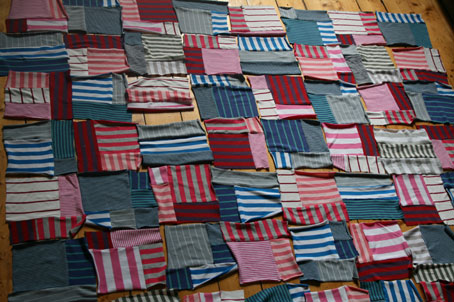 you can see how they like to curl. I tamed those babies with pins and sewing machine . . . 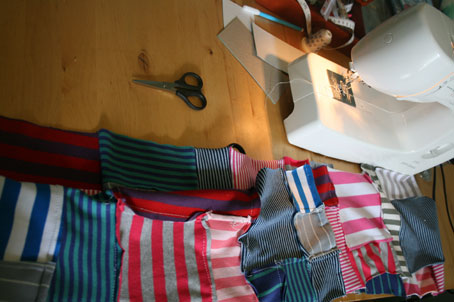 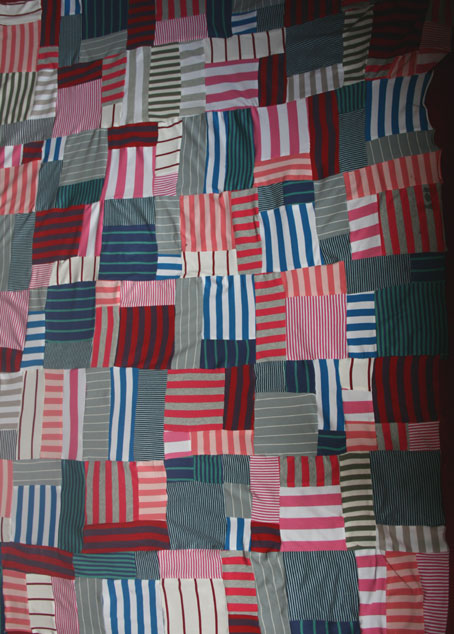 Hurrah! I have now finished piecing the quilt top, and this is as far as I’ve got.

This quilt is supposed to have a seaside aesthetic — deck chairs and beach huts — and I’m pleased that it seems to suggest this (well it does to me in any case). Because of the unruly nature of the fabric (and perhaps, too, my own ineptitude) there is nothing neat about the piecing, but:
1) I really want the quilt to look like it is made, for its origins to be suggested, if not entirely visible
2) wobbly is a good look. Oh yes. A look I like.

Though cotton jersey — in various percentages and weights of cotton — is certainly not ideal quilting material, the resulting top is satisfyingly soft, and very fluid. I rather like it so far. But rather than face the horror of feeding acres of jersey through my machine again, I am going to quilt it all by hand. This might prove interesting as I’ve never attempted this before. I’m actually looking forward to it, though, which, given the emotional and difficult nature of the project, is a good thing.

Anyway, more from the t-shirt quilt soon. Have a nice weekend.

13 replies to from twelve t-shirts