I’ll complete the Jura series by telling you a little about one reason we were there. For much of our time on the island, as the photograph above suggests, the weather was just fantastic. Tom was pleased about this, since he had to run up and down this hill: 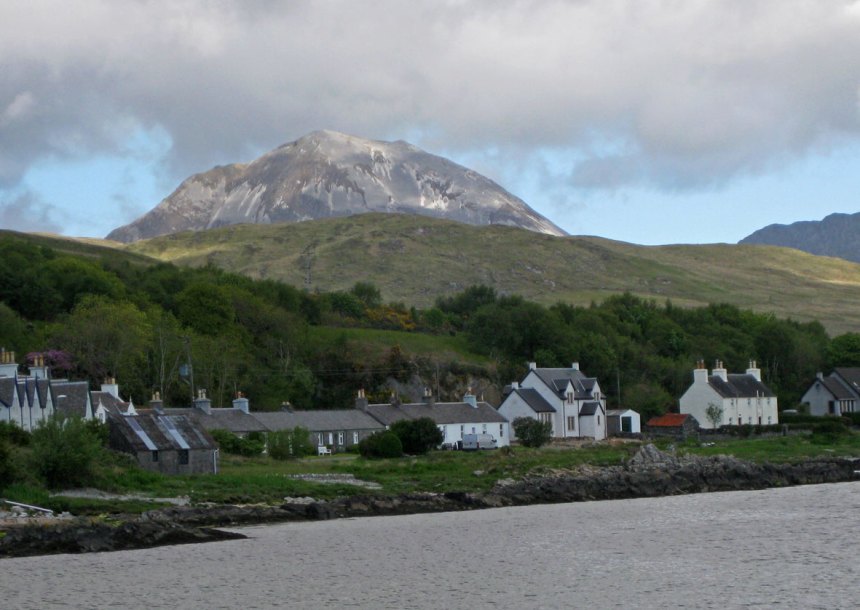 . . .and six others in the Jura Fell Race. For hill runners, this is a legend among races: sixteen miles, seven summits, a true test of navigational skill and physical stamina. The race’s key peaks are the paps of Jura — three huge quartzite cones that are visible from the mainland and which dominate the island’s distinctive landscape. I have only walked up the paps, and they really are fabulous mountains, but from my pootling, boot-shod perspective I would say they form a challenging landscape at the best of times: bog, and rock, with little inbetween. Their tops are crazy boulder-strewn moonscapes and what might look from a distance like a fine scree turns out at close quarters to resemble the gigantic rubble from a demolition site.

As I said, the weather had been gorgeous, but by the morning of the race it certainly was not. The mountains were swathed in dense cloud, and a thin rain was falling to complement the nice, chill wind. These were evil conditions in which to scale and descend several rocky mountains at speed! Visibility is very important in this race because of the particular navigational challenges of the terrain. For example, to the north of Beinn Shiantaidh is a sheer precipice which, when cloud is low, is very difficult to spot.

The crowd of locals, runners and supporters assembled here number more than twice the existing population of the island. Very few people live on Jura.

Tom ran while I waited (and knitted). The weather seemed at times to want to clear, but then it became even more grim. I hope you don’t think I’m romanticising my own position (I wasn’t running, or owt), but conditions were so bad that I felt the same kind of concern as if my feller had been out at sea in a storm. 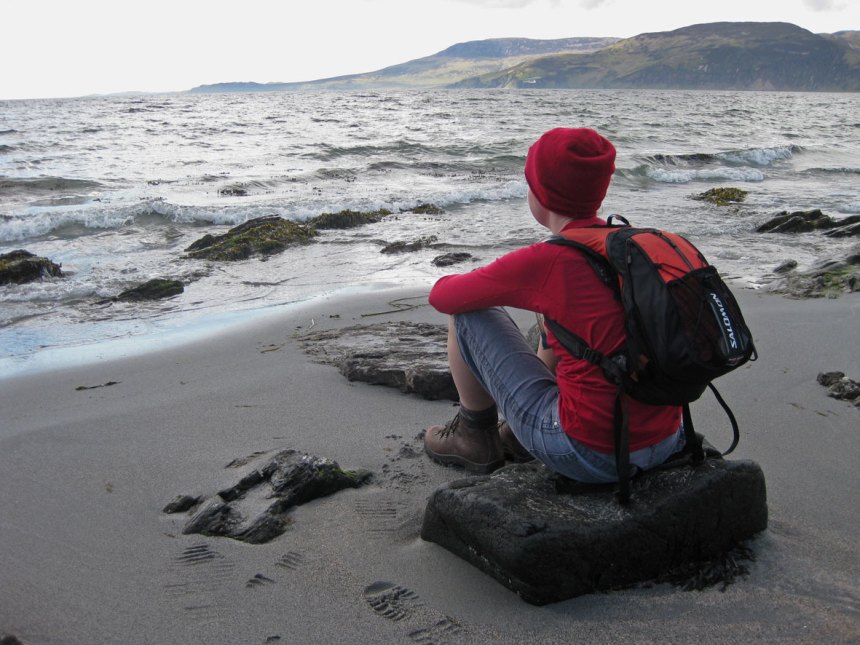 A few hours later, I took a walk up to the three arch bridge to watch the runners coming down off the hills.

The terrible conditions meant that times were very slow. But, after a while, gaunt and muddy figures began to appear out of the mist. Tom was one of them. Hurrah!

The sense of achievement and (for me) relief was immense. And from my non-participant, outsiders perspective, I would say this is a truly great race in all senses: the intensity of the challenge it presents, the camaraderie and atmosphere, the local support ( which is tremendous), and, more than anything, the brooding majesty of Jura’s landscape. From the runner’s point of view, I can report that the conditions made a genuinely difficult race deeply unpleasant at times, but not so unpleasant as to contemplate not doing it again. I think we might be back next year.