We have been away, enjoying a long weekend on Islay. The Islay half marathon is one of Tom’s favourite races (mine too, for that matter) — not only does it take place in a wonderful location, but the local support is tremendous — every year the folk of Bowmore put on a marvelous post-race spread for the runners (whisky included), and the race sponsors, Ardbeg, offer a dizzying number and variety of prizes. Ardbeg also happens to be one of Tom’s favourite tipples — the prize of a bonus dram or two is not to be sniffed at, and he was taking this race quite seriously. 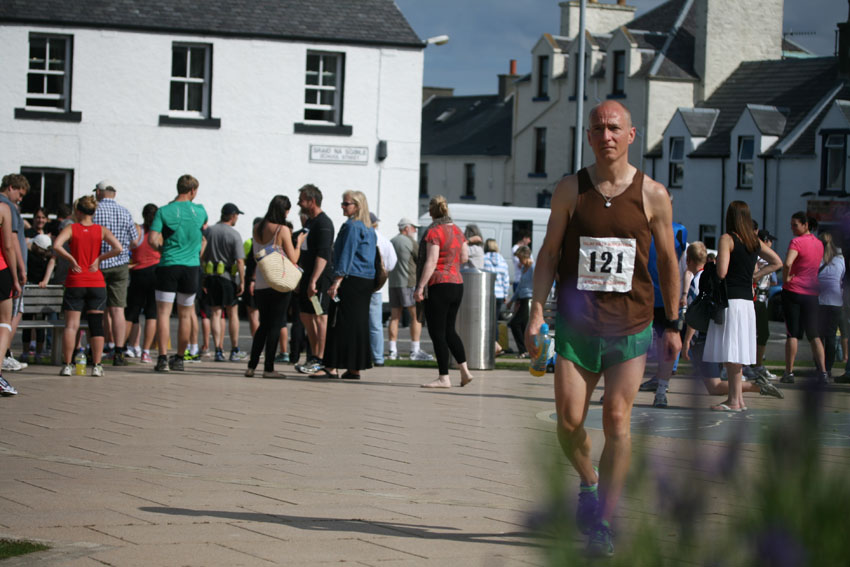 The runners assembled at the start line:

And set off, up the hill and out of Bowmore. 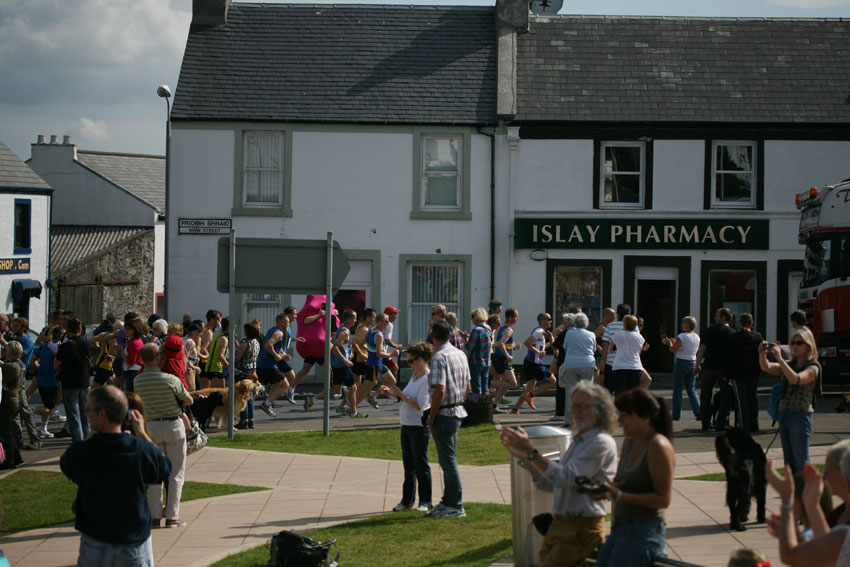 It was a warm day, and I was particularly impressed with the efforts of the chap in the giant pink costume, who was running in support of a Parkinson’s charity.

(Bowmore harbour, with the Paps of Jura in the distance)

The pink-costumed chap rolled in, still in good spirits, a bit later. 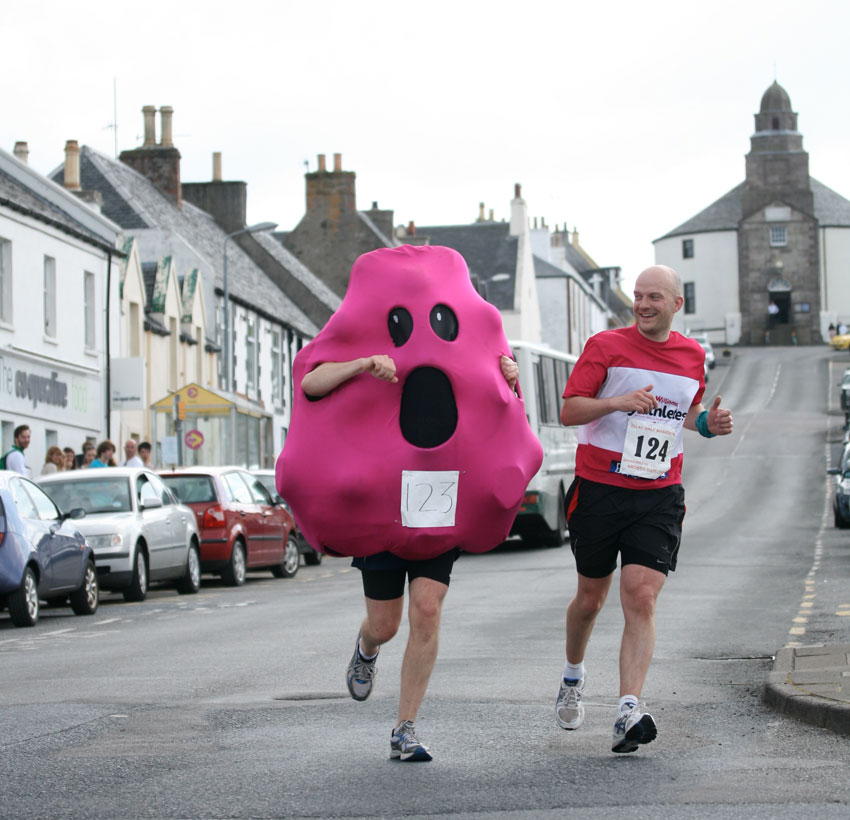 Being sixth, Tom just made the prizes – the first time he’s done so. There was much whooping and cheering from me later on in the village hall.

. . . and a few drams went down later in celebration, as you might imagine. 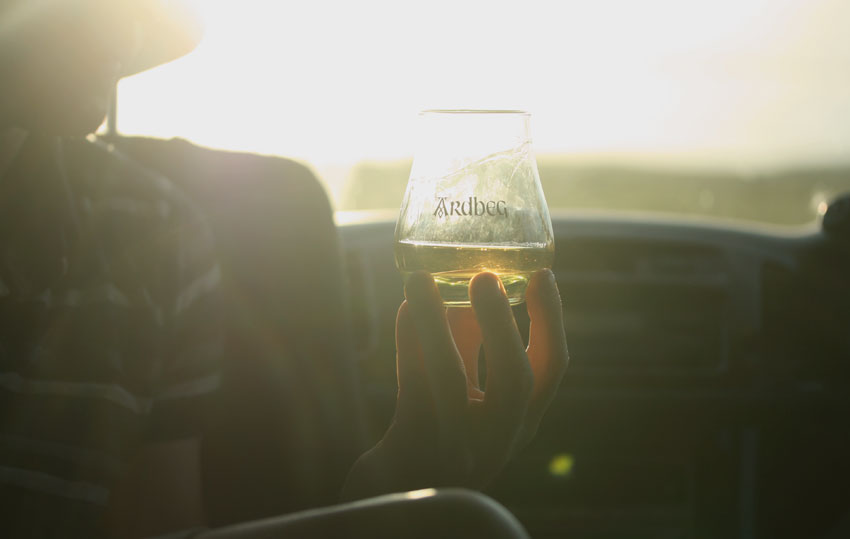 19 replies to Islay half marathon