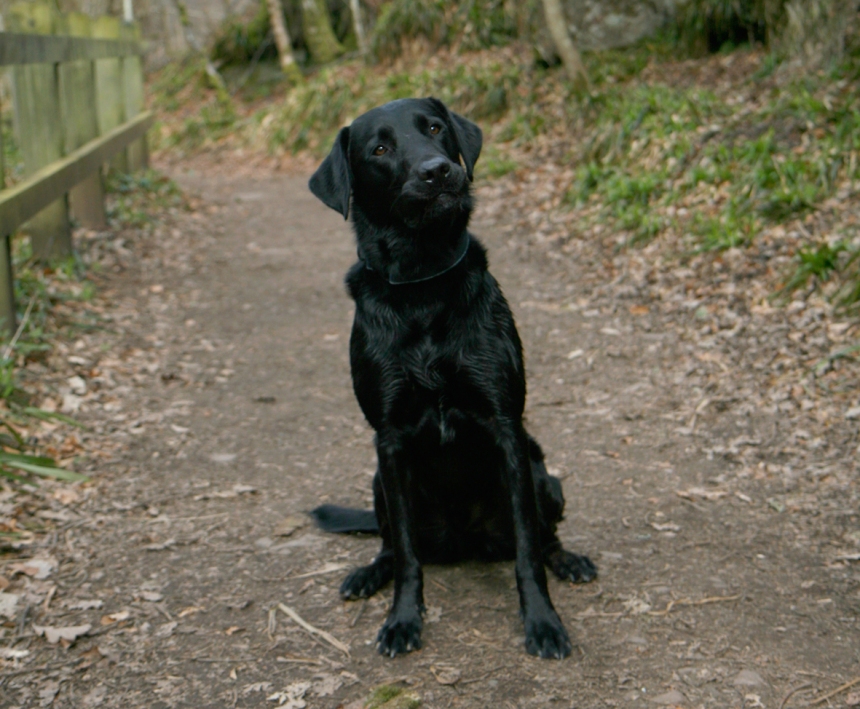 Hiya! It is I, Bruce. Today I am here to tell you about the place called New Lanark. 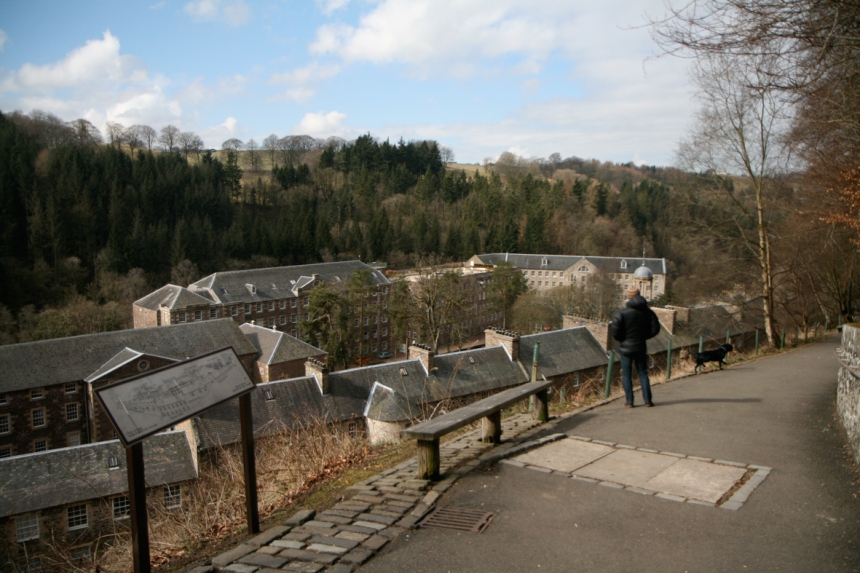 Tom and Kate have been to this place many times, and are fond of it for many reasons. Kate particularly likes New Lanark because
1) it is the birthplace of Utopian Socialism and
2) it makes yarn.

As well as being an important World Heritage Site, New Lanark is a place where you can enjoy the spectacular scenery of the Falls of Clyde. 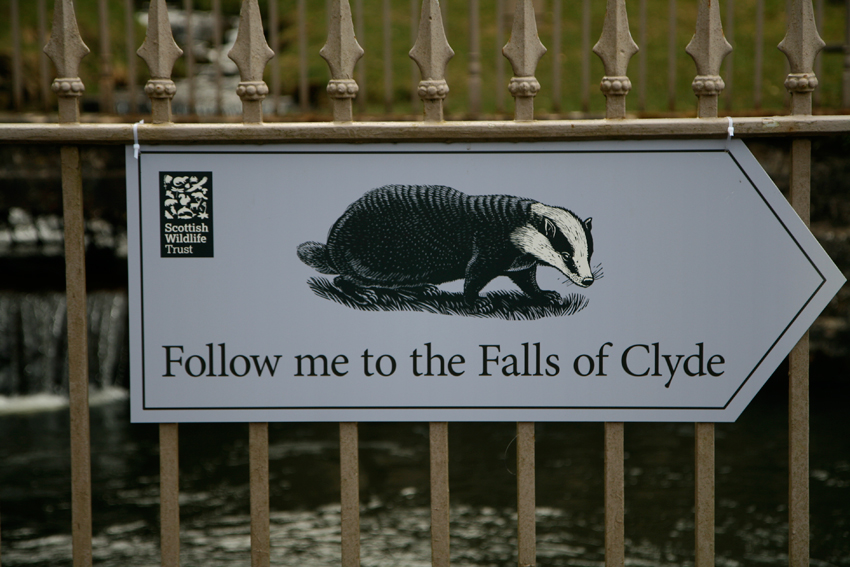 Up along the river banks and woods, there is much fun walking to be had. I smelt many interesting smells and went for a swim . . .

. . .I looked after the humans, hurrying them along the paths, and posing obligingly for photographs. 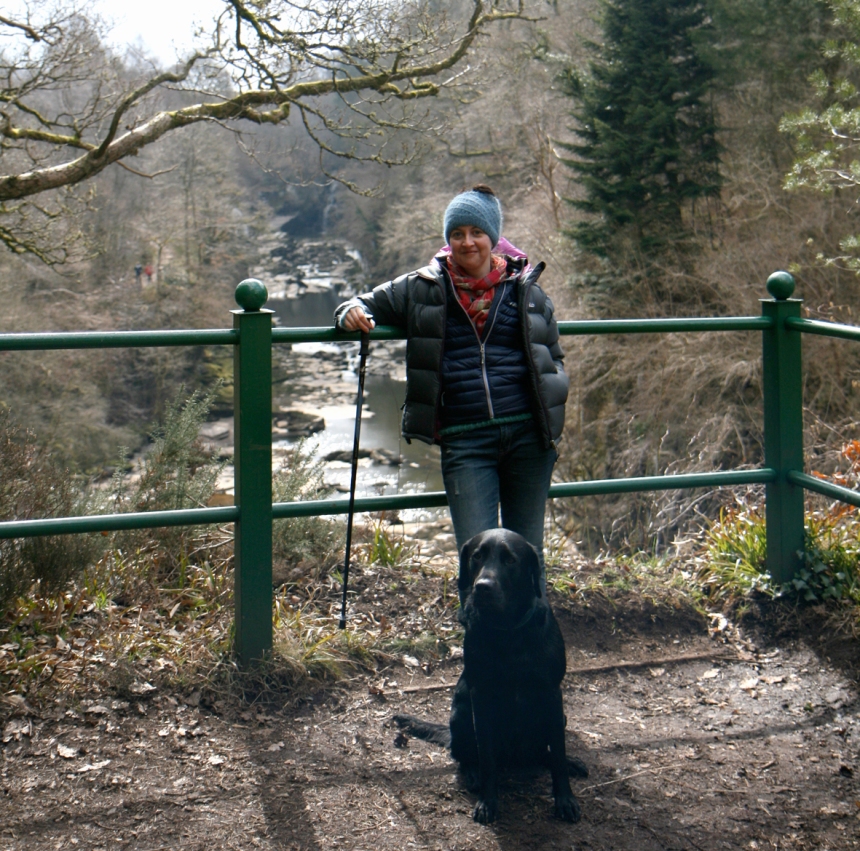 . . . I also heard some sounds that were new to me. For example, these icicles on the opposite bank made an interesting crrrrrrack and crrrrrash sound as they broke and fell into the river.

Then we came to a place called The Hide.

There was much excitement around The Hide because The Egg had just appeared in the nest of a Peregrine. The humans at The Hide had equipment through which Tom and Kate could look and see the Peregrine sitting on The Egg. Kate seemed quite interested in The Egg, but was perhaps even more animated by the colour of the Peregrine’s eyelids, which were apparently a very very very bright yellow. I was not allowed to look through the equipment, but I was very good on my lead and did not snaffle any of the Hide humans’ tasty meat-filled sandwiches while they were being distracted by the excitement of The Egg.

Now, I know and understand many human words — egg and chicken, for example, are two words that make a lot of sense to me. But two words that do not make sense are the words called Monkey Walking, which is what the humans shout at me with glee when I do this on a path with gaps in it:

The naming of things is perhaps the deepest of all human mysteries. For example, why is this crunchy, tasteless, pointless thing called Lichen when there is nothing to like about it at all? 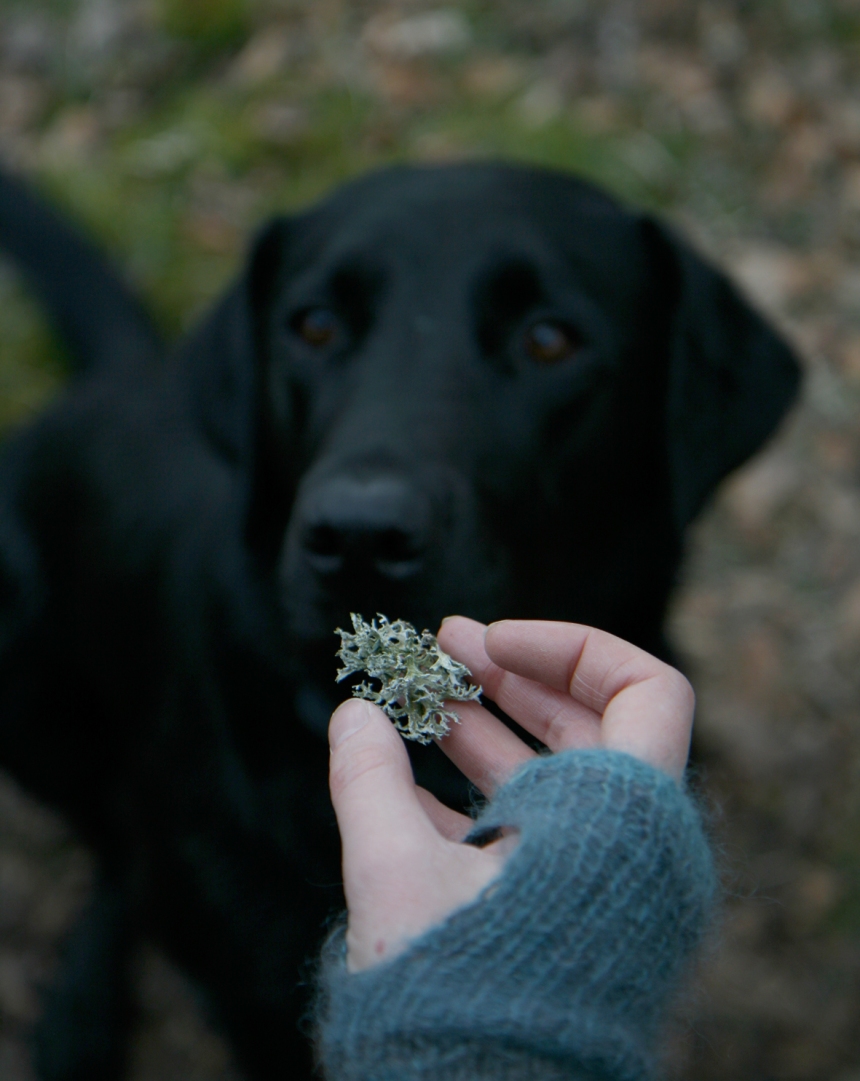 Why is this piece of Scottish hydroelectrical equipment called YORKSHIRE?

And which daft human decided that this fence should be called DONKEY? 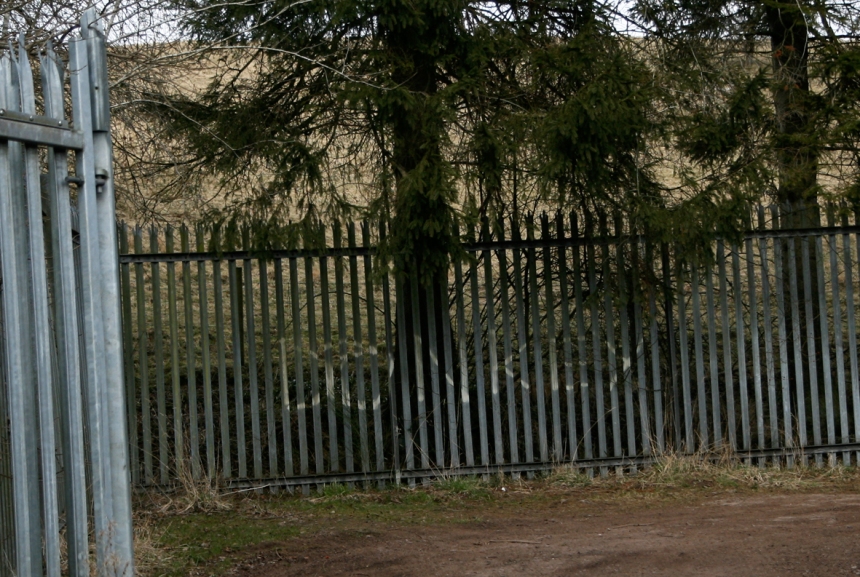 Kate adds: A shout-out to Laura, the New Lanark ranger, who reads this blog and who we met on our walk today. Thanks so much to Laura and all her colleagues for their hard work maintaining this wonderful landscape for everyone to walk in and enjoy! xx

59 replies to New Lanark, the egg, and the naming of things