I have a design published in the new Rowan Magazine! It is a simple triangular shawl or “Sontag” knit up in three tasty shades of Rowan Fine Tweed. 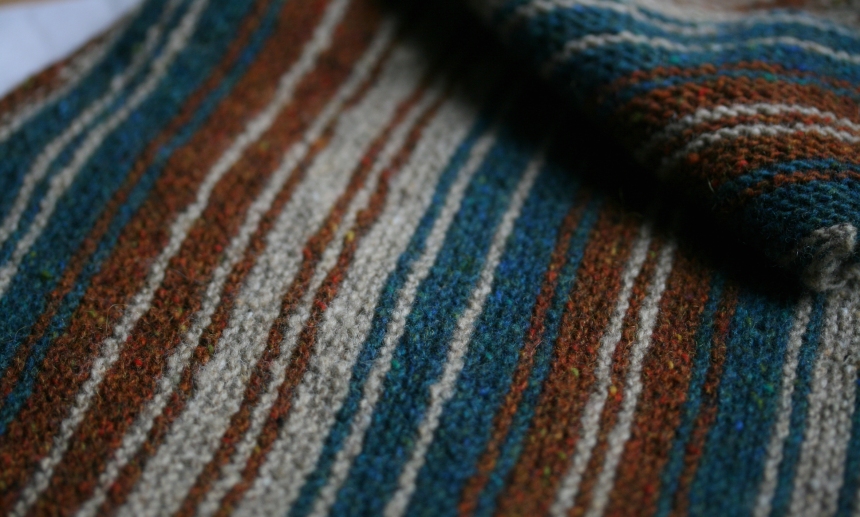 The garment is named after Henriette Sontag — a German singer, who brought this kind of shallow, front-crossing shawl to the attention of fashionable Victorians. The OED describes a “Sontag” as “a type of knitted or crocheted jacket or cape, with long ends which are crossed in front of the body and tied behind, worn by women in the second half of the Nineteenth Century.” 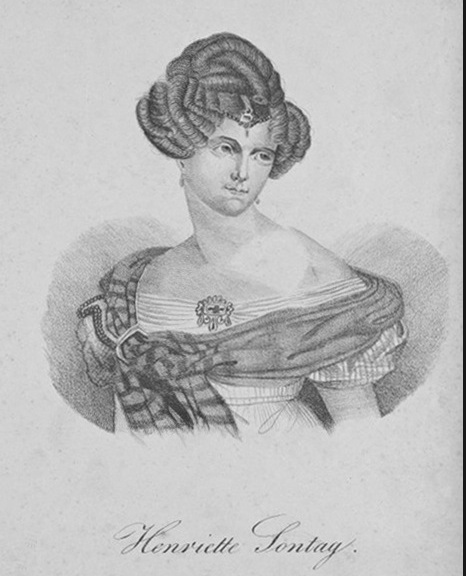 Curiously, I have been unable to find an image of Sontag sporting her signature garment . . .here’s a better representation of a Victorian woman wearing the shawl-style in question: 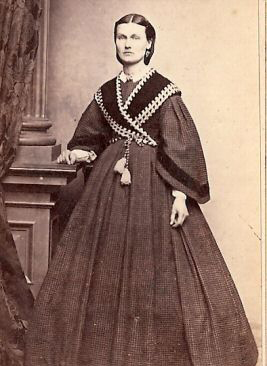 Receipts for Sontags (also called “cache coeurs”, or “bosom friends”) are to be found in many women’s magazines from the 1860s onwards. They are, in fact, one of the first styles of shawl to be written up in modern pattern form.

But Sontags aren’t just Victorian. Here, for example, is a very similar garment being modelled in the Missoni A/W 2012 collection. 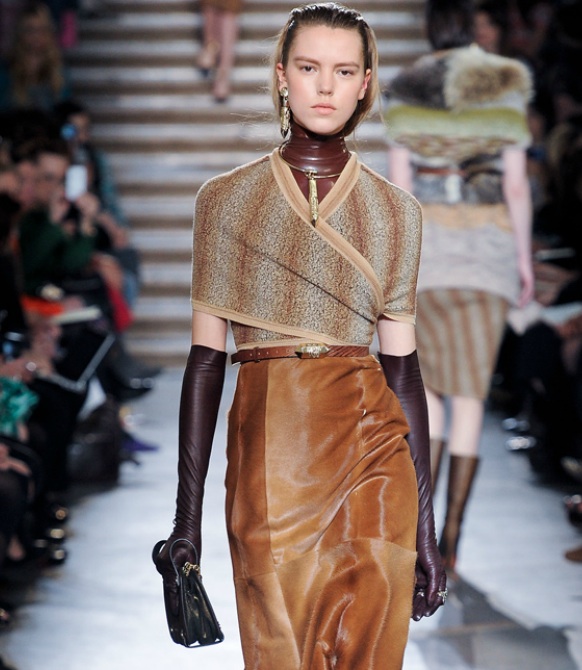 Mashing up these Victorian and contemporary influences, I came up with my design. Rather than being worked from side-to-side, my shawl is knit top down. It begins with a garter-tab cast on, and, following a simple stripe sequence, uses paired increases at the centre and outer edges to create a shallow, elongated triangle with front-crossing points. Optional ties can then be added to secure the garment around the waist.

This is the result:

My Sontag design appears in the magazine’s ‘Folk’ story, under the name ‘Nepal Wrap.’ If you’d like to knit it, Rowan 54 should be hitting shelves (and the doormats of subscribers) very soon! 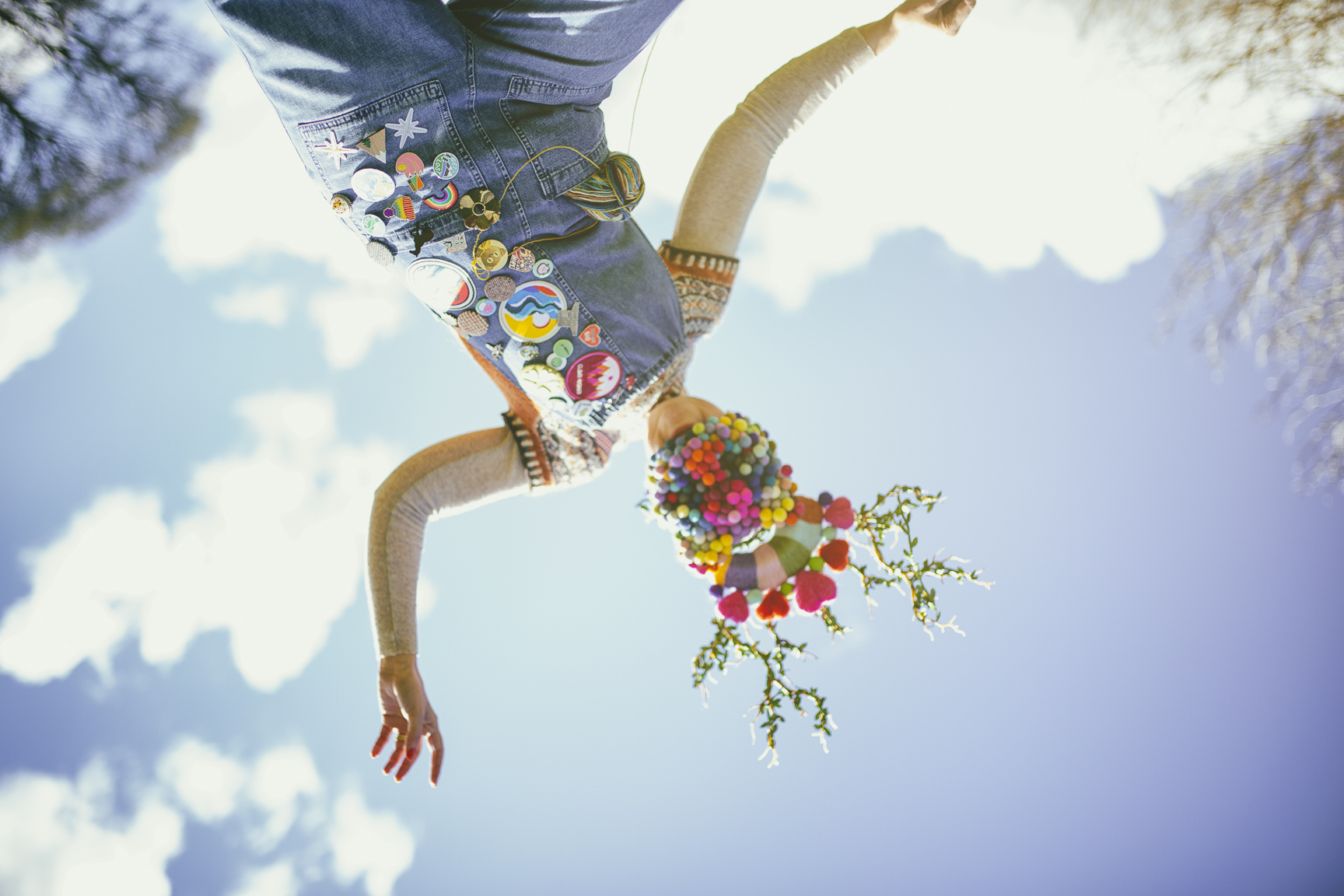