Hiya! It is I, Bruce. This morning an extremely curious thing occurred, so I am here to tell you all about it.

The curious thing began with the appearance of the postie, who had a parcel for Tom. Inside the parcel was a box with this jolly person on the front of it.

Intriguing! Apparently the box contained Big Ball, and Tom required Big Ball to perform tricks and throw shapes such as this

These are quite impressive shapes, but, as I said to Tom, there are much better things to do with Big Ball, such as chase it, jump at it and chew it. (Prescient words, as we will see).

Oddly, the first thing to come out of box was not Big Ball at all but this Squashy Thing:

Tom began squeezing at Squashy Thing. Then Squashy Thing started huffing and puffing and making strange whistling sounds. I became excited, and began to bark, and then was told to leave the room. Such is life.

But when I was permitted to return, guess what I discovered? 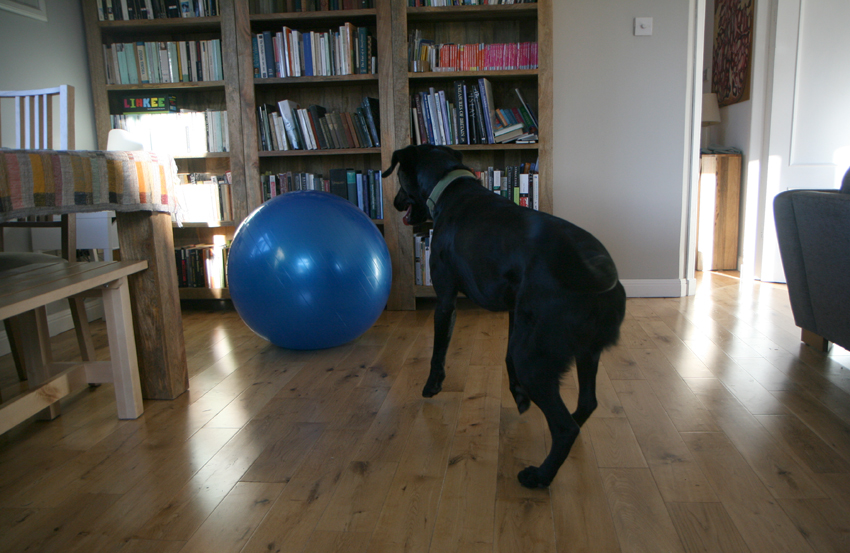 Big Ball was large, and rather vexing, and impossible to catch. Clearly the best thing to do was to corner the chuffer.

Havoc ensued. It was mooted that I was playing with Big Ball too vigorously, and I was told to SIT. 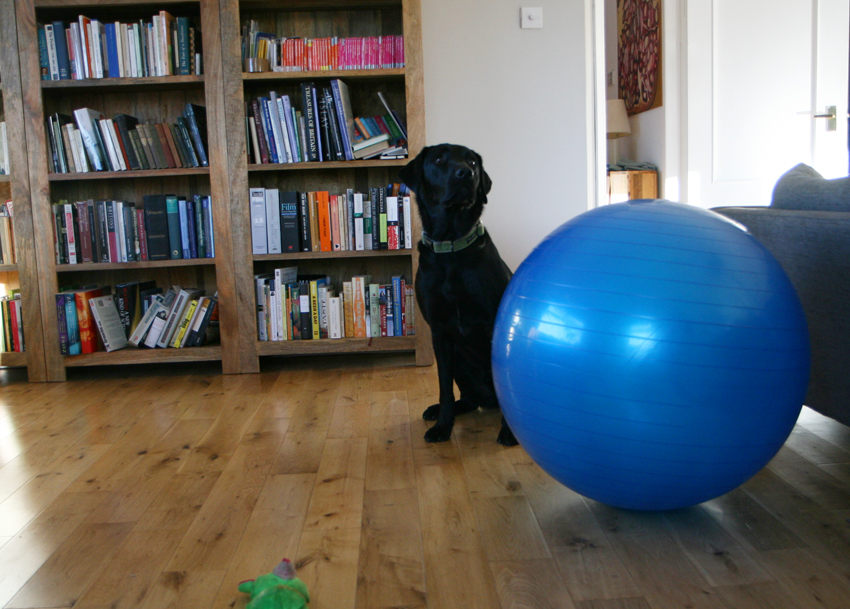 So Tom and I decided to go outside to play with Big Ball . . .

Big Ball’s disappearance was sudden, loud, and mystifying. All that remained were a few woeful scraps, which it was clearly my duty to destroy.

The appearance, and disappearance of things is one of life’s greatest mysteries. Who can say why the cold white stuff turns to water whenever I chew it? Why toys enter the evil beast called Washing Machine, and are never the same afterwards, or why Big Ball suddenly disappears? While I was musing on these important matters, Tom popped out for a while. When he returned, events took a rather sinister turn.

Who is this imposter? And what have they done with Big Ball?

72 replies to The life and death of Big Ball