I have a terrible cold. When one is sniffling and snuffling and generally feeling lousy, there’s nothing more comforting than a nice handkerchief, of which, it occurred to me this morning, I possess quite a few. So I took some photographs of the ones that aren’t in use or in the wash. 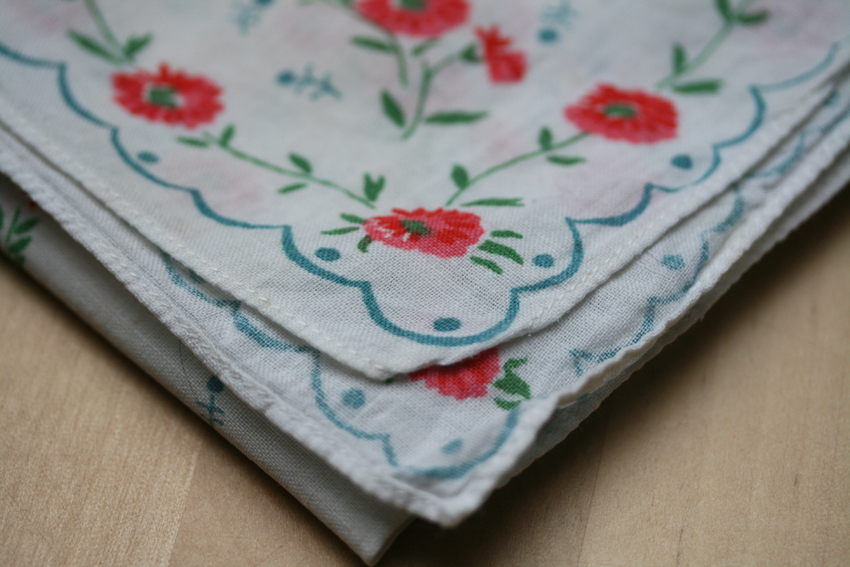 This one came from Felix

. . .and my sister bought this one for me, probably when the Horrocks exhibition was on at the V&A.

I have acquired the majority of my hankies very cheaply in charity shops and on eBay. I find their workaday machine embroidery very pleasing. . .

(I have actually visited Lugano, which made this one a rather nice find)

For some reason this one is my favourite for actual nose blowing: I like its 1960s brown; its tesselated design, and it also has a really high thread count, which makes it very soft.

and of course, I have also acquired a few that are just too nice to use. This one is an interesting combination of drawn-thread work with machine embroidery. 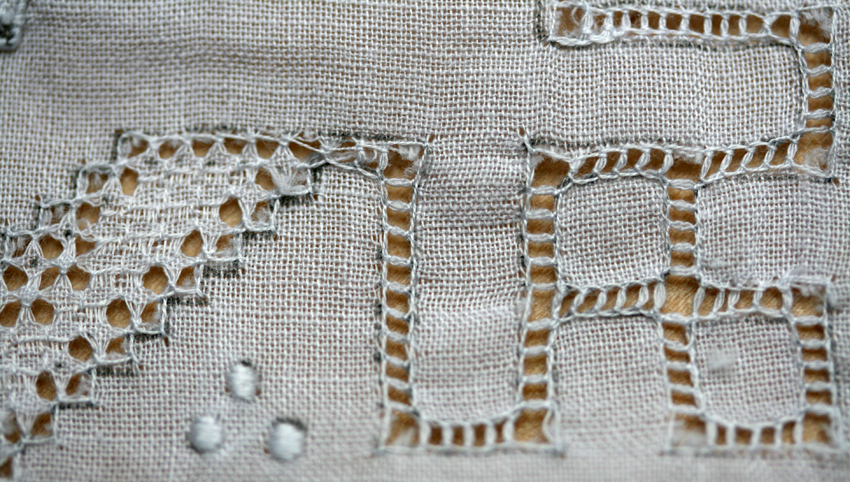 . . . it has been torn, and rather inexpertly mended.

This lovely example of whitework and drawn thread work is the oldest handkerchief I own. 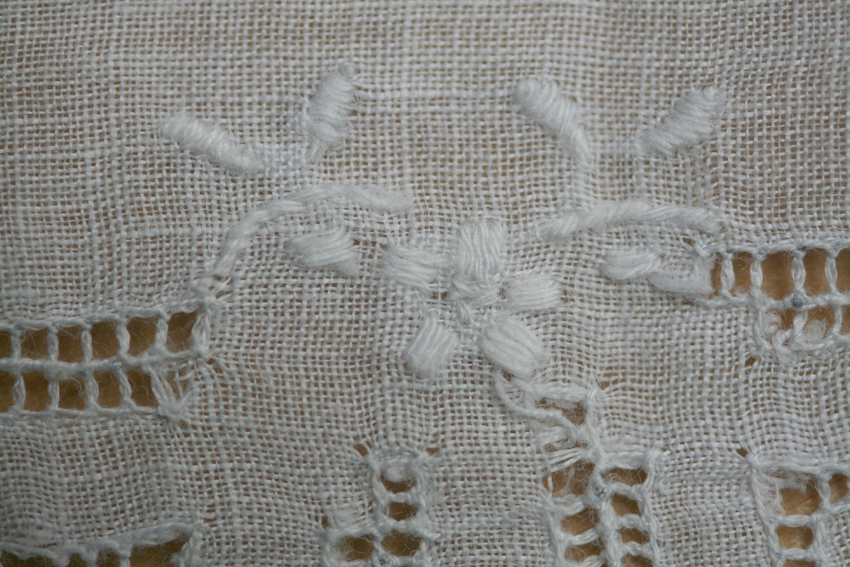 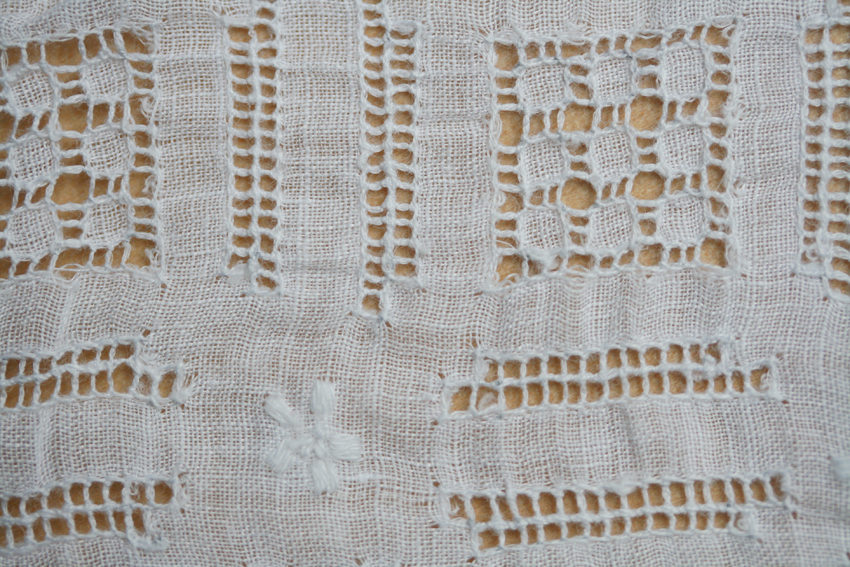 . . . but the simple motifs and lines of this example make it my confirmed favourite. 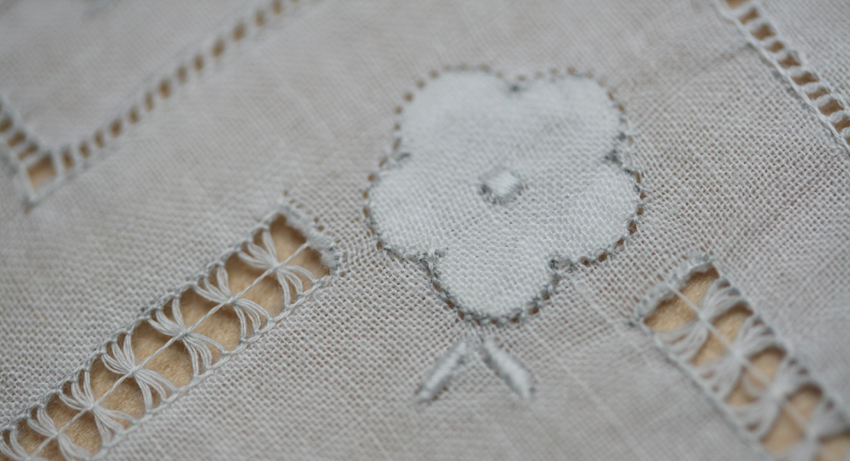 It occurred to me that the simple square of fabric that goes under the name of handkerchief has a long history as an everyday object, with many different meanings, and many different uses. Handkerchiefs are multiply functional and decorative: not merely for mopping watery eyes and noses, carelessly dropped or ardently retrieved they might act as symbols of romantic attachment and desire. Handkerchiefs are intimate and personal objects, and as such, might be means of connecting a wearing-body to a sense of place: as a souvenir, a handkerchief might be a tiny repository of memory and personal connection, or, unfolded from the pocket of an eighteenth-century lady or a twentieth-century airman, might disclose a sneakily concealed map of unfamiliar territory. As furoshiki they are a means of wrapping and transporting food or gifts, and they can be worn about the person in a multitude of ways. I imagine the head-scarf / kerchief springs immediately to mind. . . 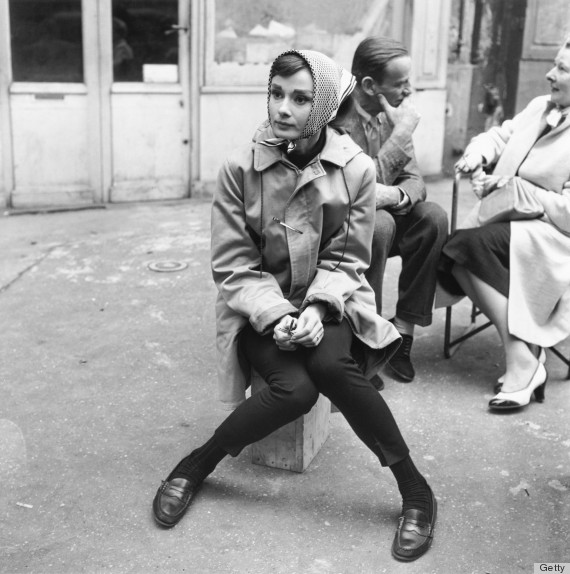 . . . but, when considering a kerchief as a garment, my first thought was of this portrait of Frances Burney.

. . . and by the early 19th century these garments were referred to not as a homely English kerchief but as a carelessly elaborate French fichu

Late eighteenth-century American kerchief / fichu in the collections of the Metropolitan Museum of Art.

Well, I have come some way from where I began with my own kerchiefs, which is to say that putting this post together has, for an hour or so, successfully distracted me from the realities of my cold.

PS: thanks for your good wishes: my first driving lesson was OK: despite much swearing and occasional kerb-mounting, according to my instructor I was “no too bad”. I hope to be back behind the wheel as soon as I’ve stopped sneezing.

111 replies to of handkerchiefs