We have been away in Lancashire for the weekend. Tom will shortly be participating in a rather testing race, and the Bolton Hill Marathon provided the ideal training run. While he was off doing that, me and my parents visited Helmshore Mills Textile Museum.

For someone interested in textile history this is a truly wonderful place to spend a day. Helmshore is one of those great Lancashire places whose very landscape and infrastructure tells the story of industrial development. The story begins with a small eighteenth-century wool processing mill, where locally hand-woven cloth was fulled and finished during the late Eighteenth Century, providing the uniforms for British soliders fighting in the Napoleonic Wars. Waterwheel and fulling stocks are still in situ, and for me it was well-worth the visit just to learn more about this aspect of textile processing in the region. 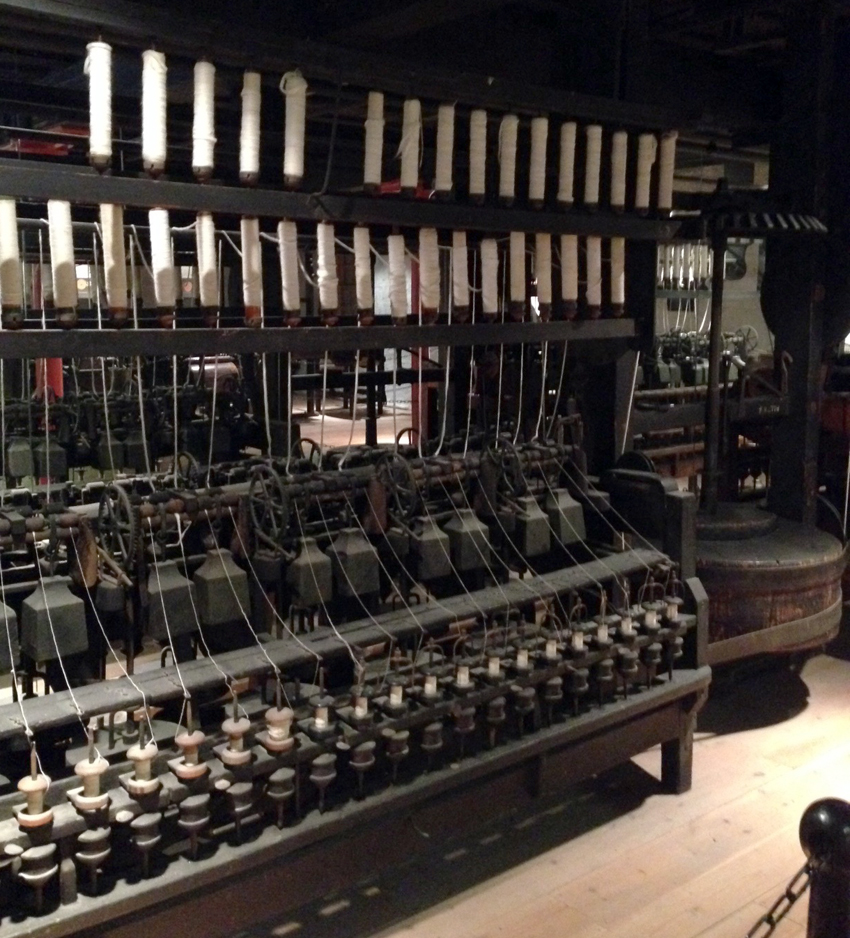 In the Nineteenth Century, Lancashire grew rapidly as a global centre of the cotton industry, and downstairs in Helmshore’s second mill there’s a superb interpretation which allows the visitor to get to grips with cotton in its colonial and imperial contexts, as well as in terms of local social history. There are also some fabulous historic machines to wonder at – including a Water Frame (above), which I’d never seen before. 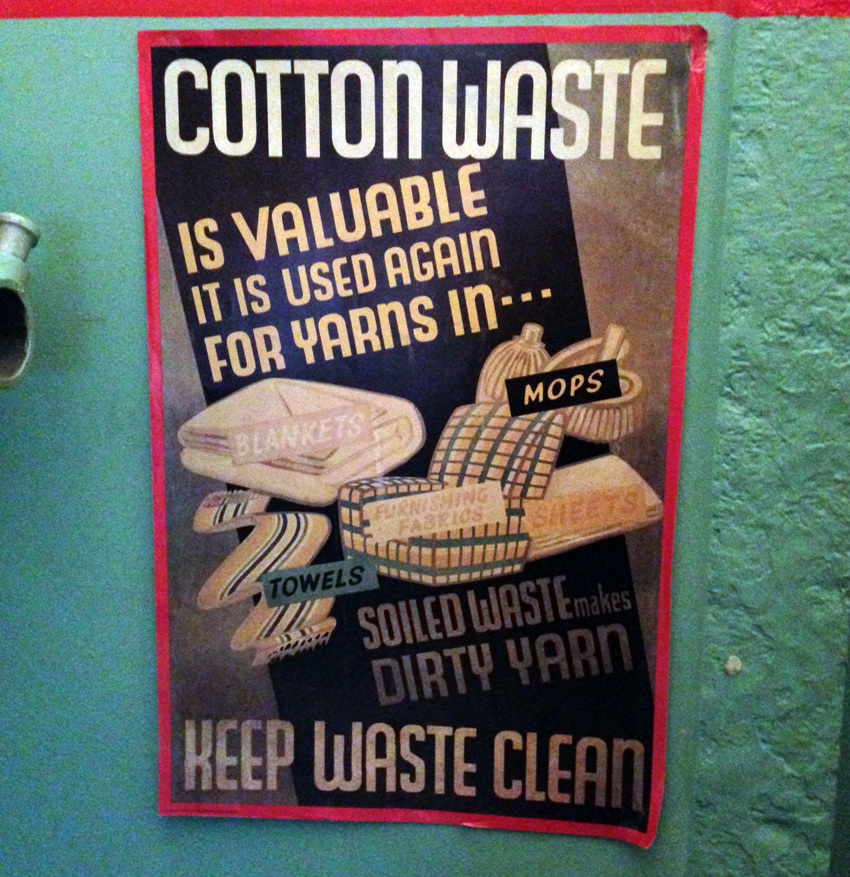 Until the late 1970s, Helmshore was a “shoddy mill”, producing a relatively coarse-cotton thread to be used in household textiles, and I had not appreciated the multiple stages of recycling that might be involved in its production. Cotton waste might be circulated and re-circulated through the different stages of production several times, before being finally spun into thread on these mules.

It is wonderful to see these machines in action, demonstrated by their knowledgeable guides, and though it would be impossible (and undesirable) to recreate the appalling noise, dust and humidity that cotton mill workers had to endure, I do think that being in such spaces, among the whirring doffers, carders and condensers, allows one to gain a good sense of the former life of the mill. My Grandparents laboured in similar environments, and I came away with a renewed appreciation of what work must have signified to them.

In short, I would heartily recommend a visit to Helmshore Mills, and the cafe, which serves tasty home-baked Lancashire fare – such as Eccles Cakes – is also excellent.

And, in other news: 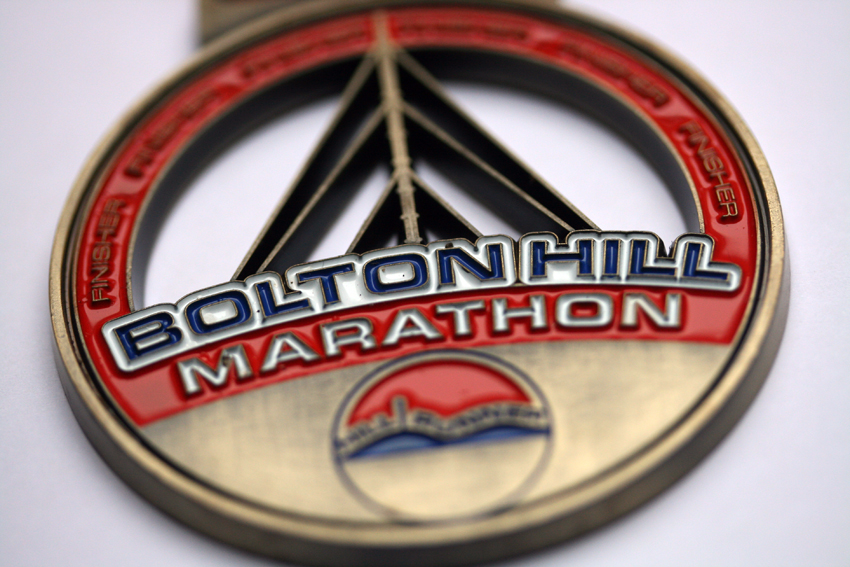 Tom came 16th in the hill marathon which was a very good result . . .

. . . Bruce has hurt his nose, forcing us to construct a makeshift cone out of pieces of plastic pending a visit to the vet. . .

And, having arrived home across the border, I have now updated the shop with more Ecclefechan mitt kits.