Friday is pattern release day, and today I have for you a pair of bunnets.

Bunnet is a colloquial Scots term for a hat. The word bunnet is etymologically related to the English bonnet, and the French bonnet, but while the English term has predominantly feminine associations, the word bunnet is most often used in Scotland in reference to the headgear of an ordinary working man. A flat, cloth cap is what first springs to mind when one thinks of the word bunnet, and like those hats, these are similarly intended as ordinary, workaday headgear. These bunnets are simple hats both to make and wear – but their colourful crowns make them stand out from the crowd.

The striped bunnet pleases me in its simplicity. From the side, it is a classic, slightly slouchy hat, worked up in the lovely silvery-grey of haar (I love all the Buachaille shades, but this is definitely one of my favourites)

But from the back, the bunnet reveals its colourful five-pointed crown, created by centred double decreases (probably my all-time favourite decrease). I love how these decreases lend a crown immediate geometric structure.

The striped bunnet is shown here in a looser, slouchy version, but its stranded companion has a closer, beanie-like fit.

This version features corrugated ribbing, and, using a stranded method for the two-colour crown allows the simple geometry to work slightly differently. 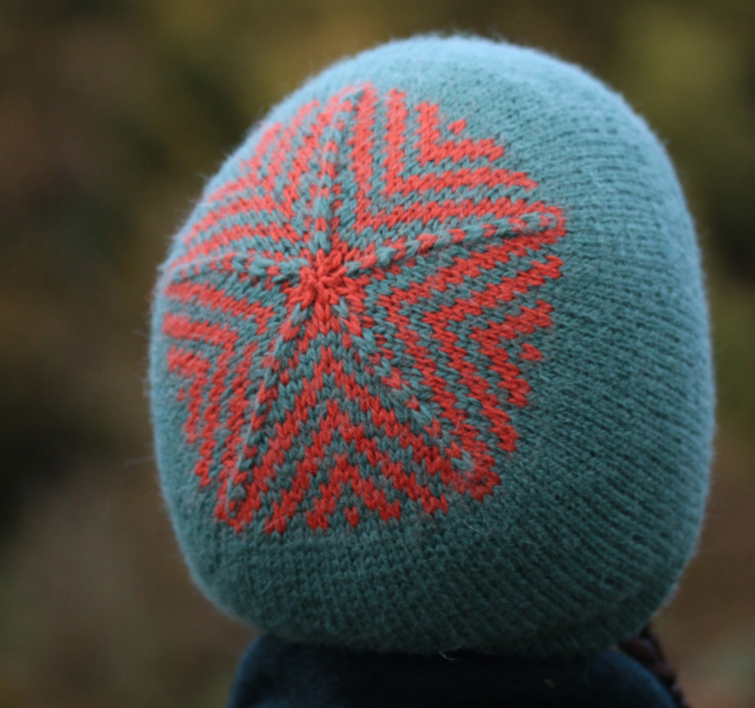 The hat body uses the majority of one skein, but less than a third of a skein of the contrast colour is used. Juggling shade quantities was one of the most tricksy elements of designing this collection, and it was very satisfying to be able to fit all the pieces of the puzzle together in such a way that would allow everyone to be able to make the most of seven skeins of Buachaille! 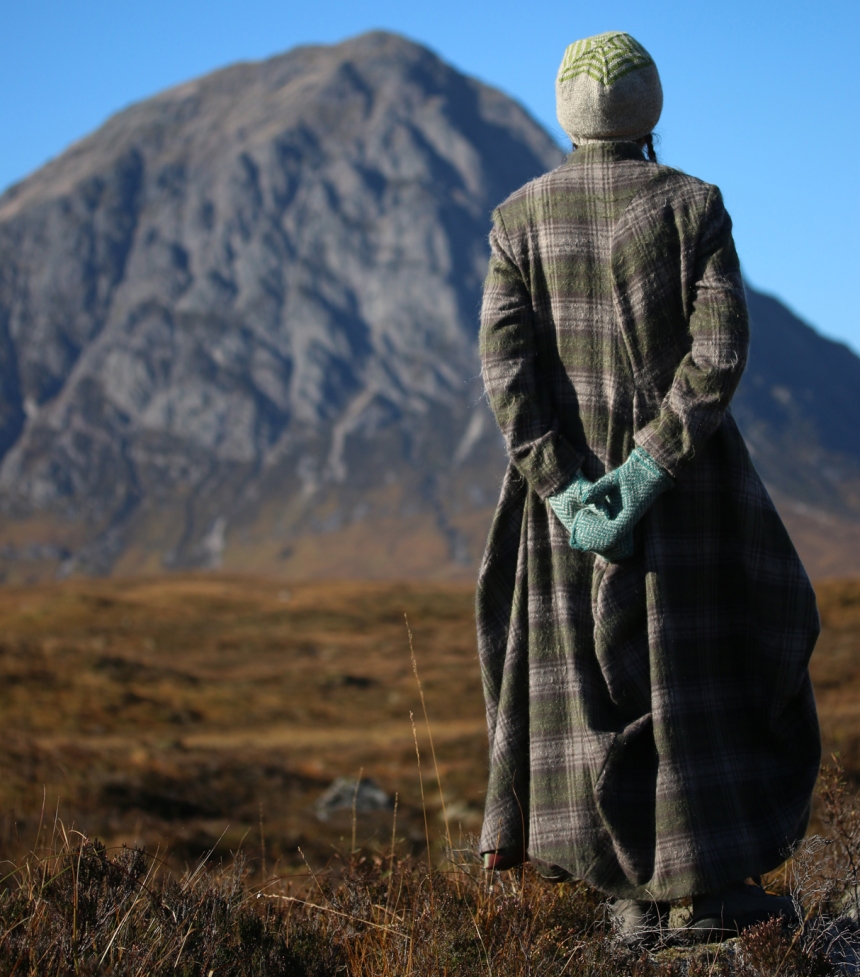 The bunnets have now been revealed, and that means I can (with considerable excitement) show you the front cover of the book we are now very close to going to press with. (As you can see, I am wearing the striped bunnet and the Kokkeluri mittens in the photo).

I can’t tell you how happy this book makes me! Not only is it my first collection using my own yarn, but it also celebrates many of the other things that make me feel at home, living here, with the West Highlands on my doorstep. Tom has cooked up five delicious recipes, using traditional ingredients and a dash of Scottish culinary history, and our friend Gordon Anderson takes you on a guided walk around the iconic peak of Buachaille Etive Mòr. Tom has completely outdone himself with the photography, and the whole thing is (with book-designer Nic’s inimitable help) looking really rather beautiful. In so many ways it is a book that feels like us, and I hope you don’t my saying that I am very proud of it, and of everyone involved in making it.

Buachaille: At Home in the Highlands will be shipped out to Seven Skeins members early next month, and will be on general public release shortly afterward.