As with many other woolly folk in Scotland, my thoughts and horizons are at the moment fixed on Edinburgh – where I will be in a couple of weeks time to attend Edinburgh Yarn Fest. I lived in Edinburgh for a decade, and it remains my all-time favourite city — not least because of its spectacular landscape, in which I loved to walk. I was put in mind of one of my favourite Edinburgh walks today, as we’ve been out photographing a new version of my Braid Hills cardigan — a design which celebrates one of Edinburgh’s most spectacular vantage points, and which I’ve reworked for a new kit. I wrote a wee essay about the Braids a couple of years ago, and I thought I’d share it with you today. (If you are visiting Edinburgh for the Fest, and fancy taking some time out from the hectic marketplace and classes, I highly recommend a walk on the Braids! And if you are among the lucky few who are taking my friend Felix’s colourwork class “Colours of Edinburgh” in a couple of weeks time, you will learn more about Edinburgh’s hills and their geology.)

The Braid Hills have for centuries been one of Edinburgh’s principal vantage points. Cartographers and geologists, poets and artists, have all ascended “The Braids” to enjoy the spectacular views they afford of this singularly spectacular city. 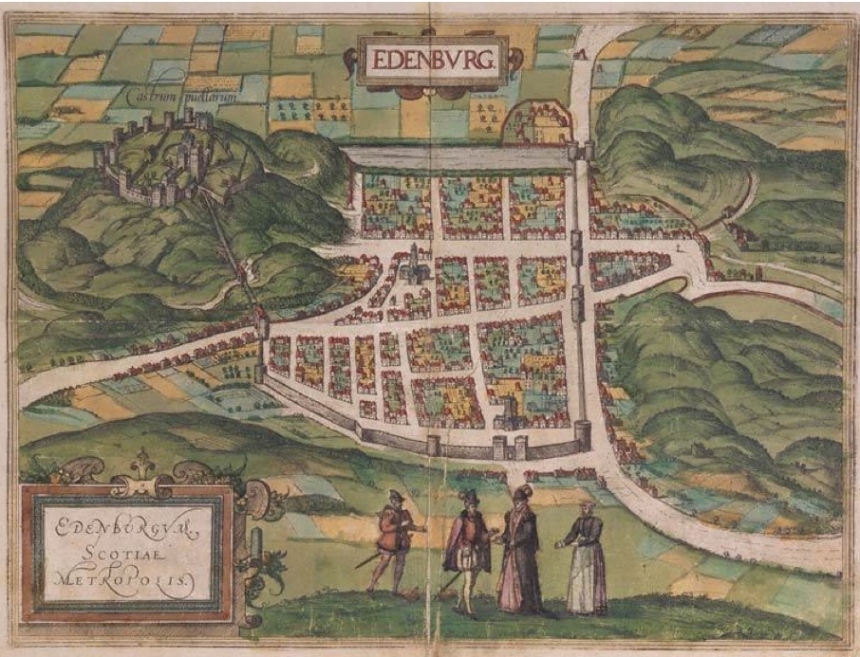 Situated a couple of miles South of the Old Town, “The Braids” are an undulating shoulder of land, shaped by ancient glacial activity and rising to just under 700 feet. The name “Braid” does not, as might be imagined, come from the Lowland Scots word for ‘broad’ but is rather derivative of the Gaelic term for “upper part” – braghaid – which is familiarly rendered in Scots as “brae” or “braid.” Close to Scotland’s capital, yet with a distinctly rural character, “The Braids” have served the city as hunting grounds, pasture, and a strategic lookout-point for Oliver Cromwell’s army.

For Edinburgh’s Romantic-era poets, the “furzy hills of Braid” were a favourite rural retreat. Here, Robert Burns loved to wander, and Robert Fergusson celebrated the hills in a pastoral poem which counseled his readers to forget “the city’s allurements” and “to this spot of enchantment retire.”

By the mid 1830s, Sir Walter Scott, who had played there as a boy, expressed concern that the picturesque prospect of the Braids would be destroyed if the “skill and capital of the farmers of Midlothian” turned the land over to the production of grain and turnips to supply a hungry and rapidly expanding city.

Thirty years ago” lamented Scott, “the Hills of Braid were in the state of a wild sheep pasture, partly consisting of the softest and most verdant turf, covered with whins [gorse] and broom, through which the grey face of the rock showed itself at intervals. Through this scene strayed the little rivulet in its narrow glen, into which, when his eye was satiated with the magnificent view from the hill, the stranger might descend, as into a silent and solitary scene which might have been many miles distant from the abode of man. . . An old man,” he concluded “may feel some regret at the change of scene and the destruction of the sylvan retreats of his childhood.” 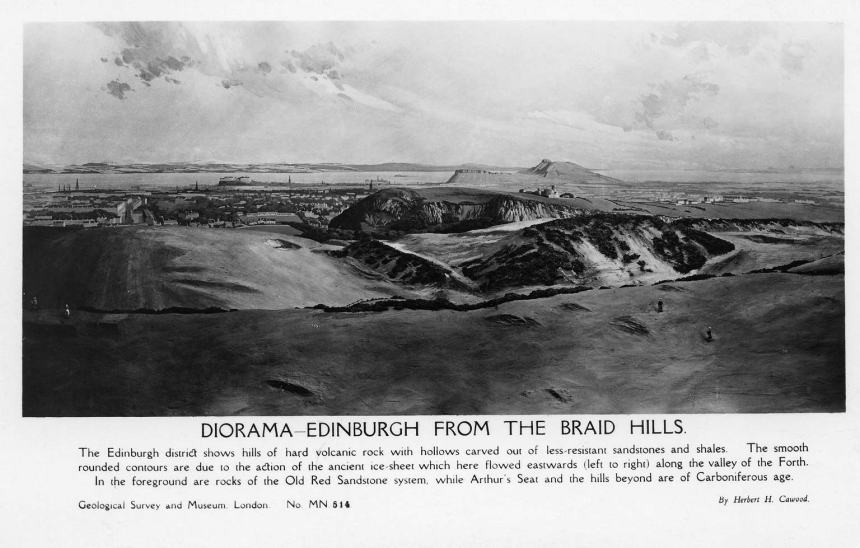 Whether or not one could ever properly describe a sheep pasture as “wild”, Scott’s fears for the effects of the dreaded turnip on Edinburgh’s suburban landscape were to prove unfounded. By the end of the Nineteenth Century, much of the land surrounding the hills of Braid and Blackford had successfully been purchased by the City of Edinburgh, while the estate of the Hermitage of Braid was gifted to the city by its final private owner in 1938. The terms of the gift were that the land be used “as a public park or recreation ground for the benefit of the citizens.” While much of the lower Braid Hills now seem to exclusively benefit a single class of citizen (golfers), the surrounding landscape has statutory protection and looks very much as Scott described it 200 years earlier.

Because of their location South of the city, The Braids are perhaps less visited by tourists than some of Edinburgh’s other hills. In Winter, they are the exuberant domain of snowballers and sledgers; in Spring, they are the ideal spot for a breezy family walk among the gorse. At all seasons of the year, the view of the spectacular city remains spectacular. I have spent many happy days wandering about The Braids and is one of my favourite Edinburgh places precisely because it is a public space, frequented by the fine folk that live here. The Braid Hills are a place where all can enjoy and celebrate the beauty of Edinburgh – surely one of the world’s most spectacular cities.

18 replies to The Braids