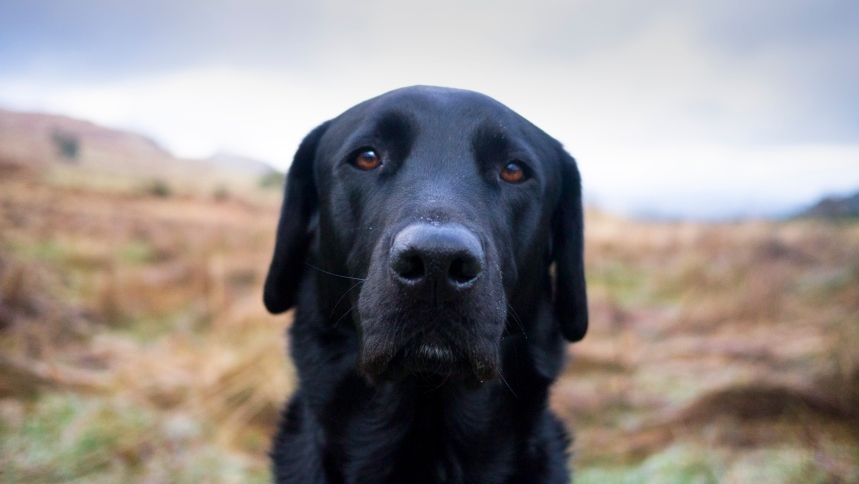 Hello, friends. It is I, Bruce. In case you’ve forgotten who that is, I’m the big black labrador who lives with Kate and Tom. I like SWIMMING, POTATOES, STICKS and BALLS, and enjoy living here among the woods and hills, where on my long daily WALKS with my humans, I am sometimes lucky enough to find a GLOVE or SHOE. 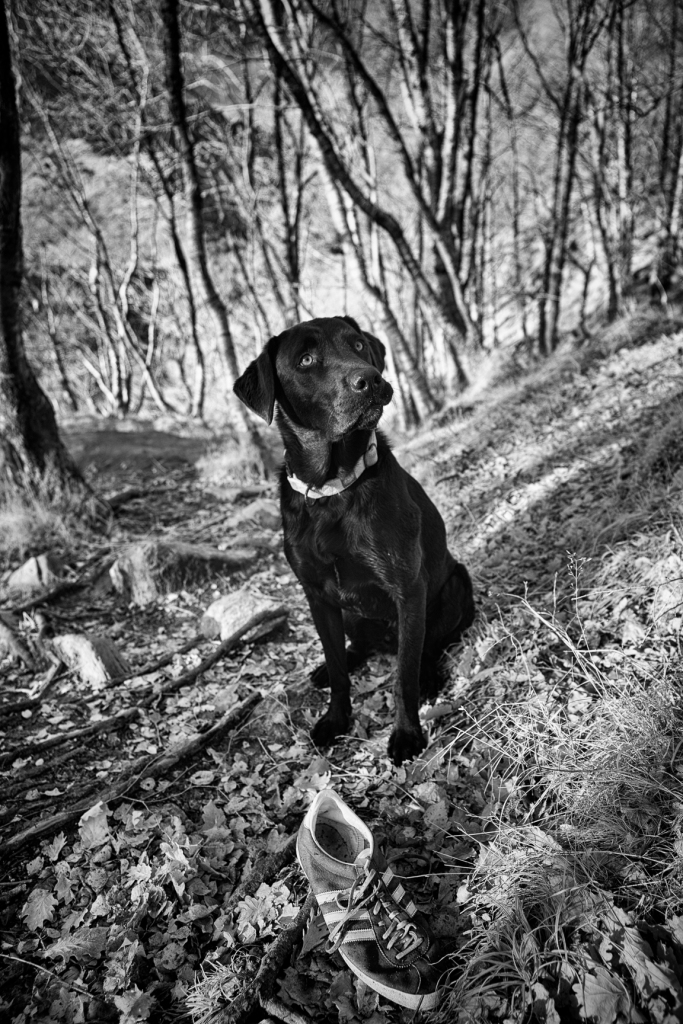 Until 18 months ago life here with just the three of us had its own rhythms. Things were settled, routine, predictable – exactly the way I like it. But then Kate and Tom went out for the day, and later came back with BOB. 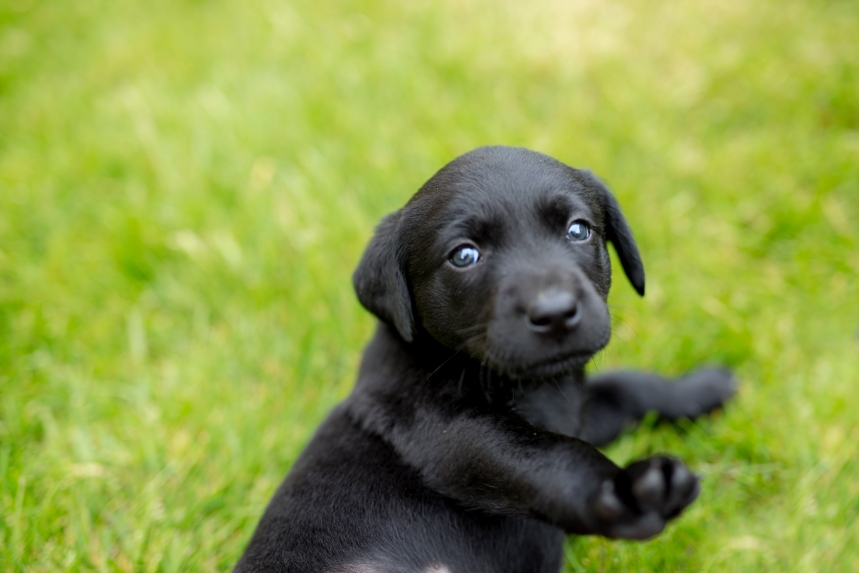 To say I was surprised by the appearance of this strange fourth member of our household would be an understatement. Kate and Tom then surprised me further with the news that not only was BOB here to stay, but he was in fact, some sort of great great nephew of mine! Now, I have no idea how my humans were fooled into seeing some sort of family resemblance . . . 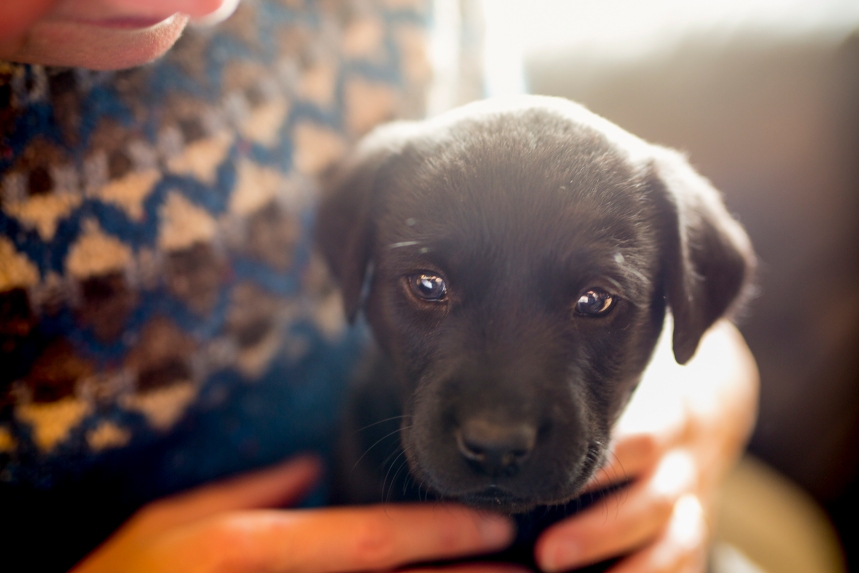 Because I knew immediately that BOB was from another planet. 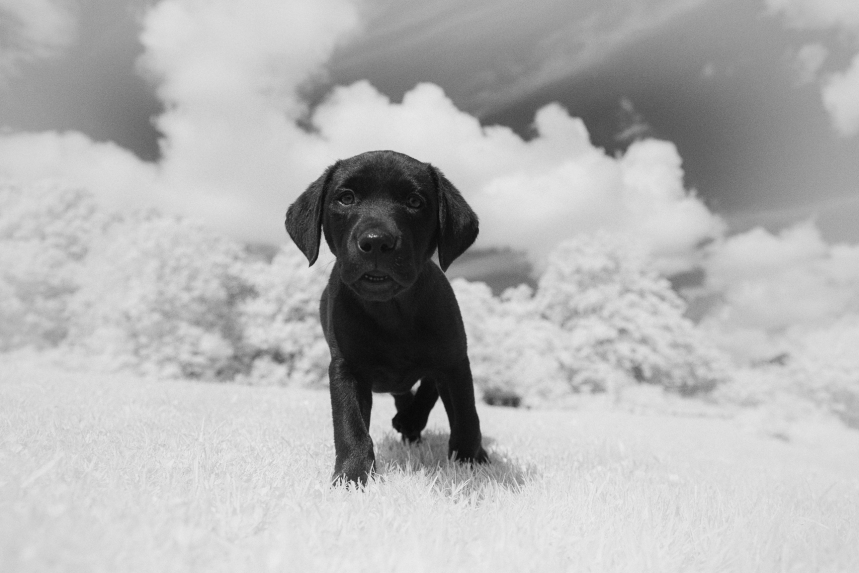 My general approach to life is detached. Philosophical. Reflective. I would say BOB’s is the opposite. 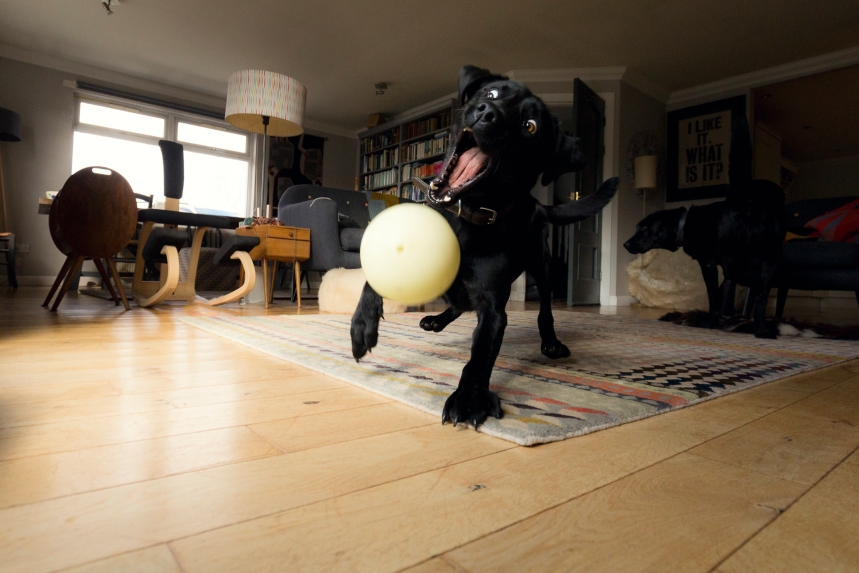 The other major difference between myself and BOB is that while I enjoy finding, retrieving, and prizing many kinds of different objects, I rarely feel compelled to chew them up and consume them. 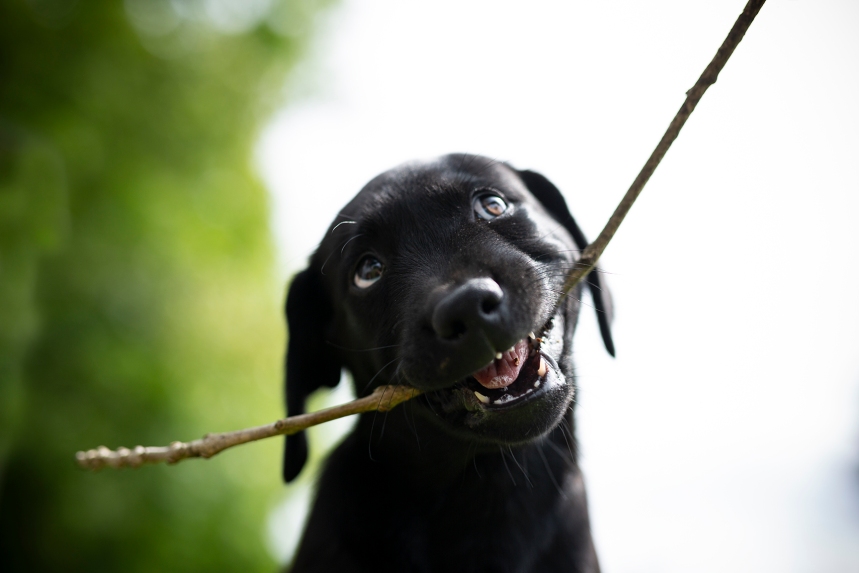 In the Book of Bruce, the months after BOBs arrival are recorded simply as the CHEWING TIMES. During the CHEWING TIMES, BOB pursued his dastardly project to chew up and eat our home while the rest of us were continually engaged in trying to stop him doing so. Yet, despite our combined best efforts, BOB chewed up and ate a pair of curtains. He ate a map and an interesting book about American artist, Andrew Wyeth. He tried to eat a tent. When a large pebble failed to respond to BOB’s dogged attempts to chew it, he swallowed it up whole instead. This last was the cause of considerable household agitation, but though the pebble remained elusive during an emergency operation at the VET (O place of despised horrors!) it emerged naturally from BOB under its own steam a few days later and all was well. On another occasion the mysterious absence of my RED ROPE was explained, when after the now familiar visit to the VET, BOB obligingly regurgitated pieces of what had been one of my favourite objects. Thanks, BOB. 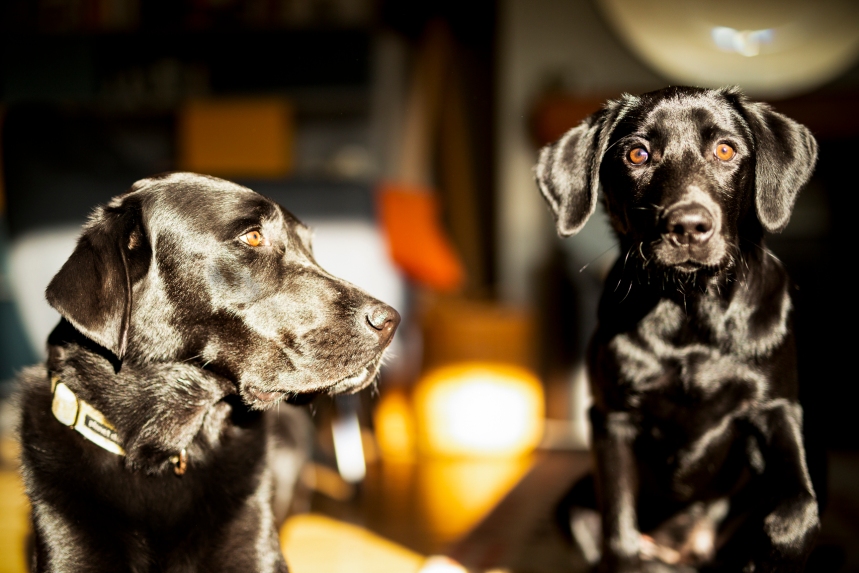 Most notable during the CHEWING TIMES was the incident now referred to as THE GREAT ESCAPE. Guided by aesthetics, and a mistaken complacency where BOB’s remarkable chewing abilities were concerned, Kate purchased a large and attractive canvas crate in which BOB could be contained. Each night, under cover of darkness, BOB began to chew his way through the crate’s rather substantial padded floor, hiding his efforts at dawn with careful placement of the unchewable rubber toys with which he was permitted to share his space. I’m told that, in a manner similar to the activities of the prisoners of war depicted in the film of the same name, BOB disguised and disposed of the collateral of his tunneling endeavours by depositing it outside during his daily exercise. Imagine Kate and Tom’s surprise when, one night, BOB finally accomplished his GREAT ESCAPE, emerged from the crate, and was discovered roaming happily through the house in the early hours, chewing, wild and free! I did try to warn Kate that that crate was clearly no match for BOB, but alas, my prescient canine wisdom fell on deaf human ears. 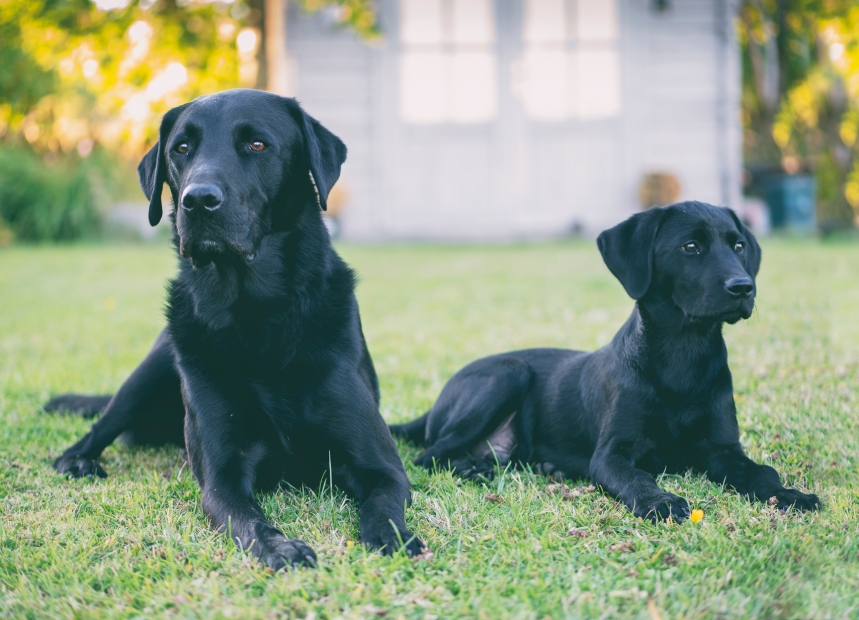 All of us thought the CHEWING TIMES would never end, but then, somehow they did. BOB stopped chewing and all was well! Life assumed new rhythms, and went on! So now I have a rambunctious companion who likes to join me bounding through the undergrowth 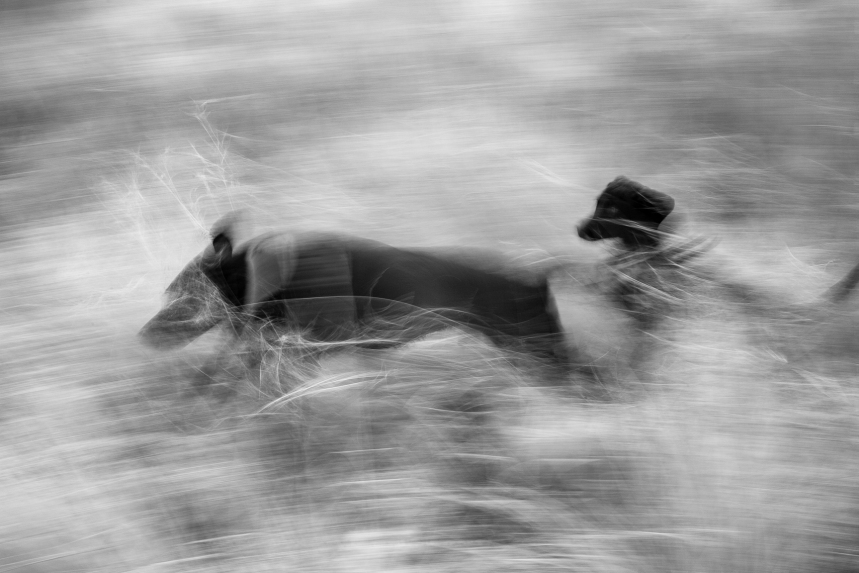 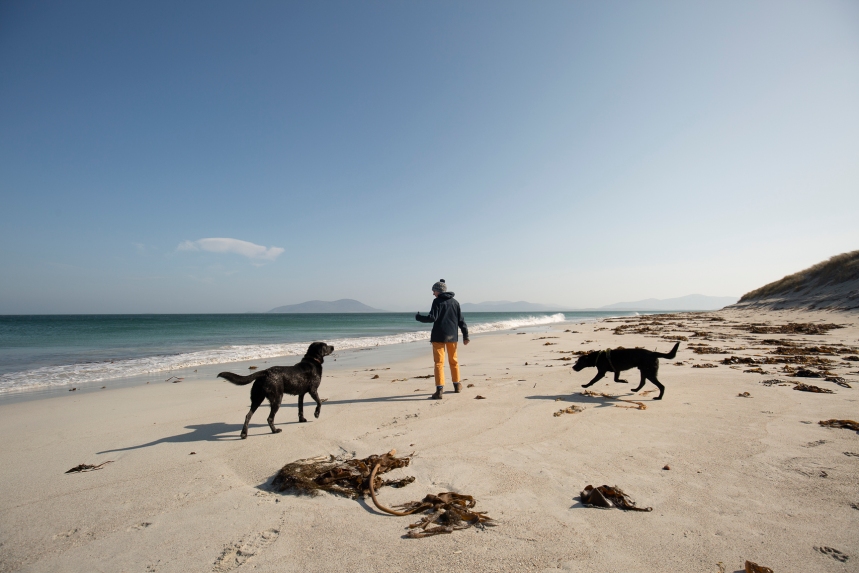 and attacking gigantic flying tyres when they try to kidnap Tom. 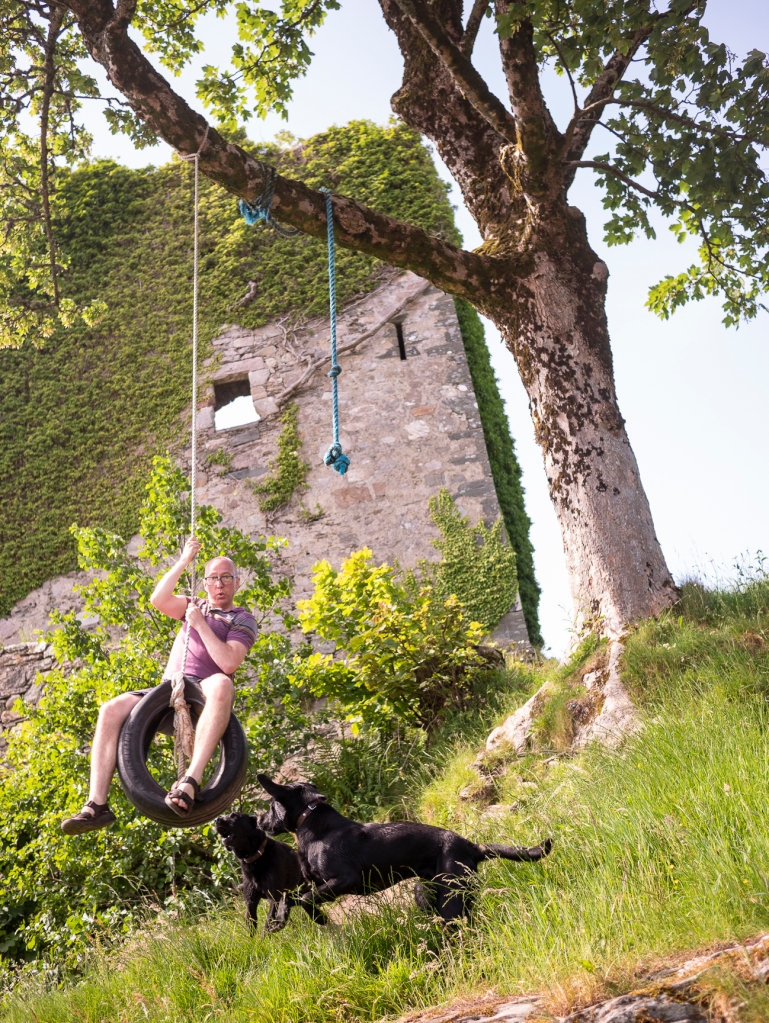 It seems you can get used to anything. 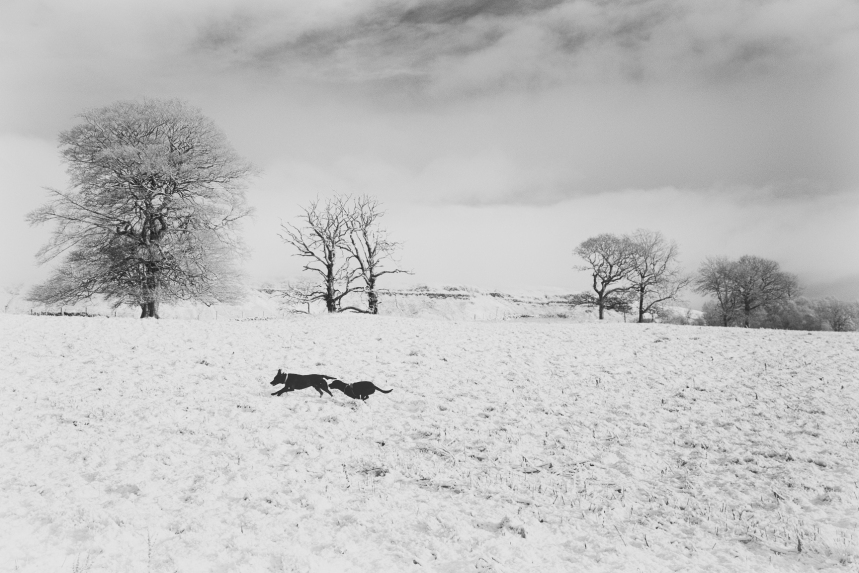 78 replies to life with BOB 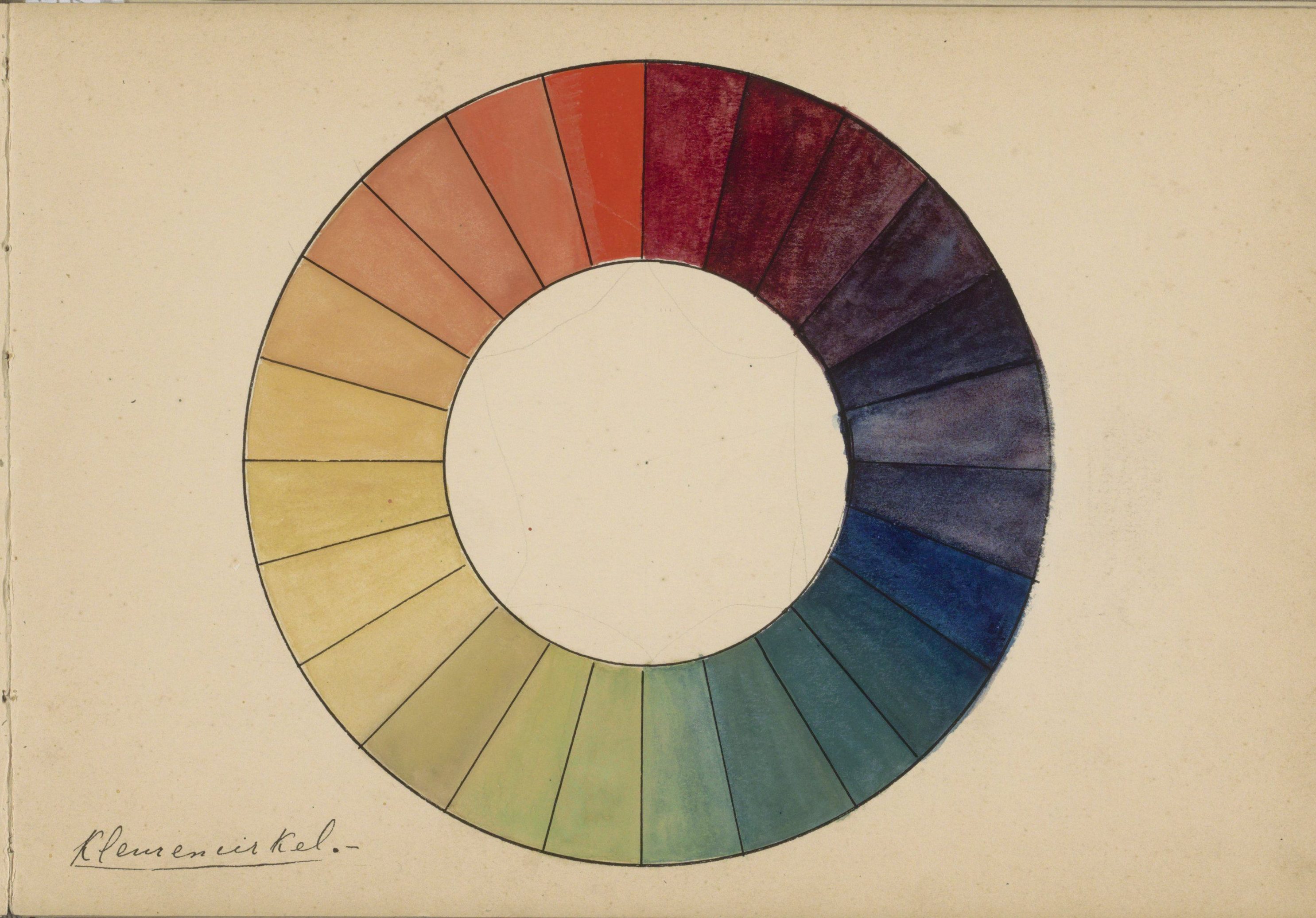