Yesterday I was weaving some buttons for a project I’m working on (similar to these) and began looking at small weaving projects online. I kept coming across beautiful images of wrapped stones (you know the kind of thing) and decided to have a go. 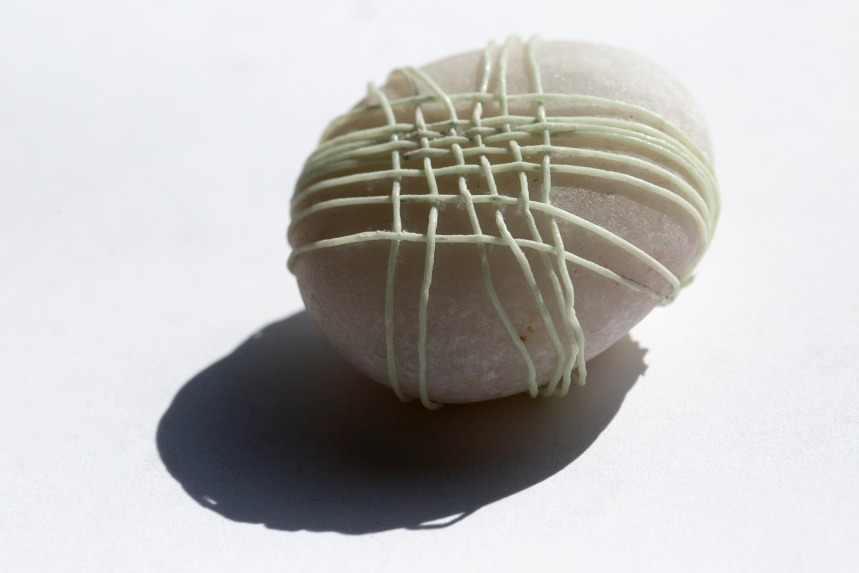 I can’t say the process was fun, nor was I good at it (managing the pebble, the thread, and the needle under tension proved surprisingly hard on the hands). . . 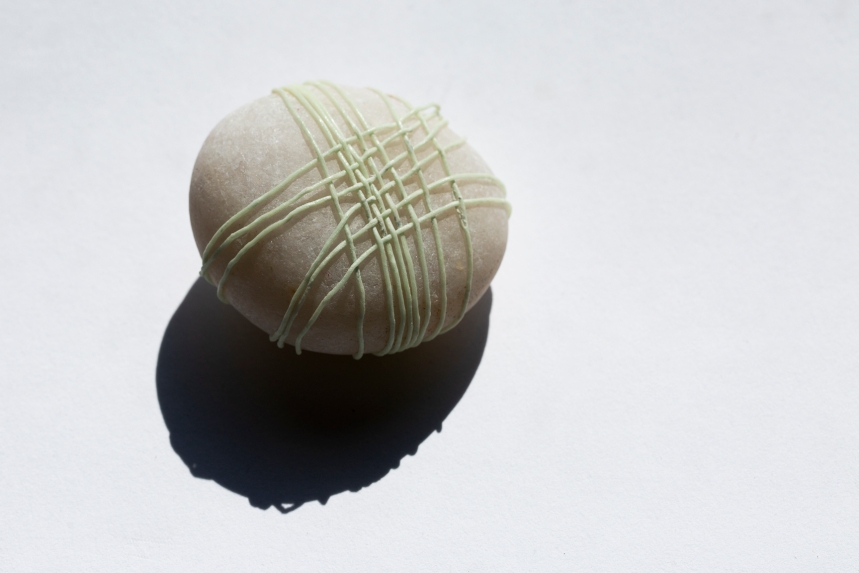 My ‘technique’ (such as it was) improved a little here, but this pebble (which is in fact a piece of a long-worn house brick) proved to be even more tricky in the hands than the smooth, quartzy egg I’d started with. 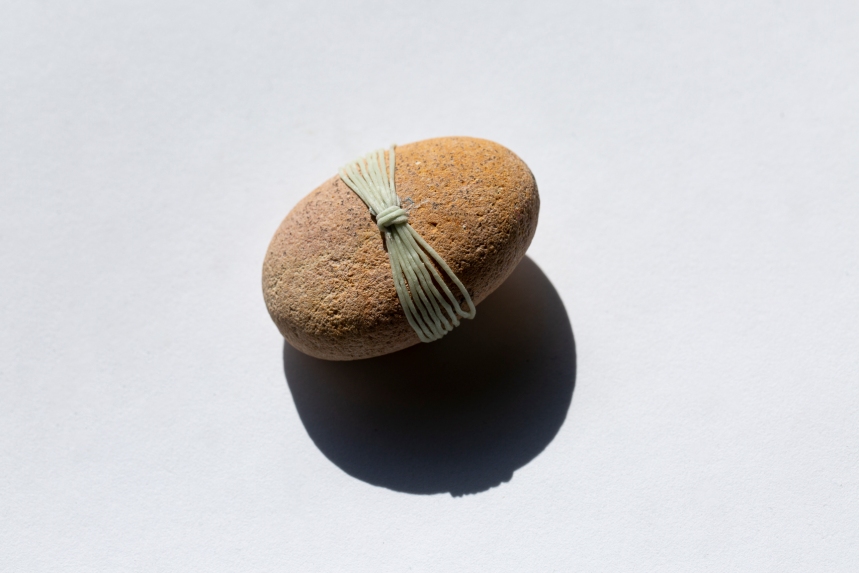 So I worked with another egg-shaped stone, and just bound the threads this time, rather than weaving them. 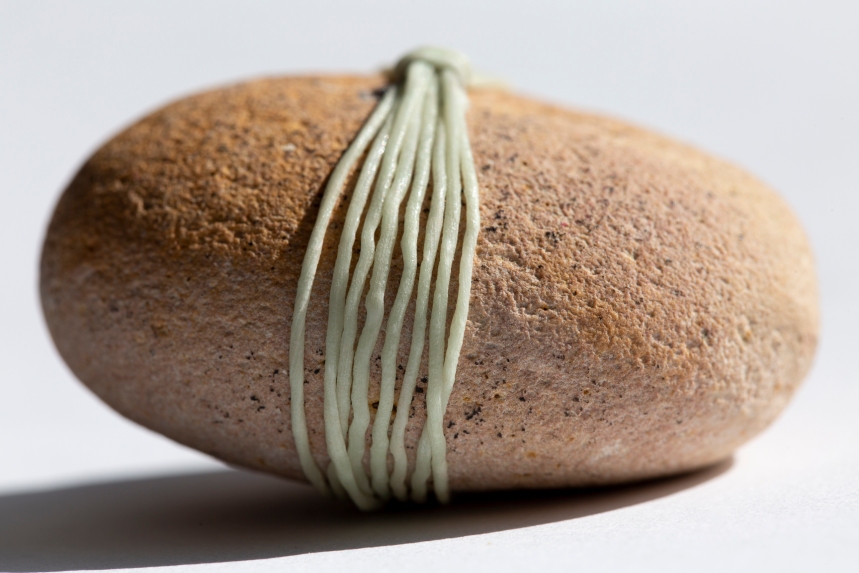 This seemed slightly more successful, so I tried again. 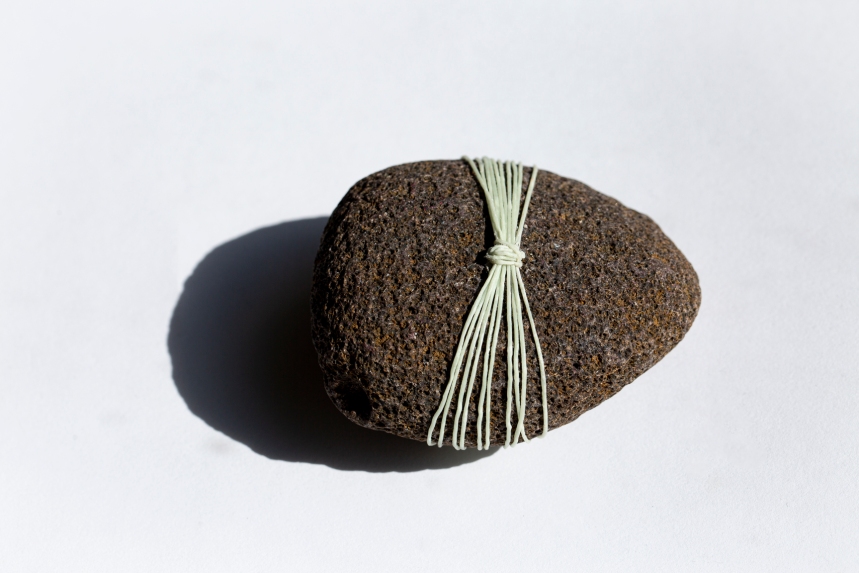 and actually felt reasonably pleased – enjoying the contrast between the smooth, waxy thread and the rough stone. 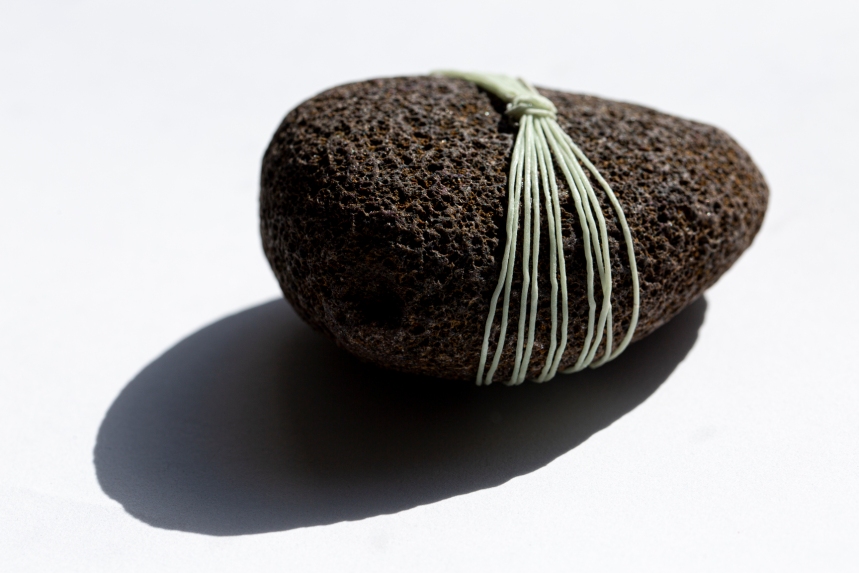 Things seemed to have reached a natural conclusion – stone wrapping was probably not something I’d continue to pursue – and at that point Tom returned from his run with the dogs. He was far more enthusiastic about my shonky endeavours, especially when I told him that the thread I’d used glowed in the dark. 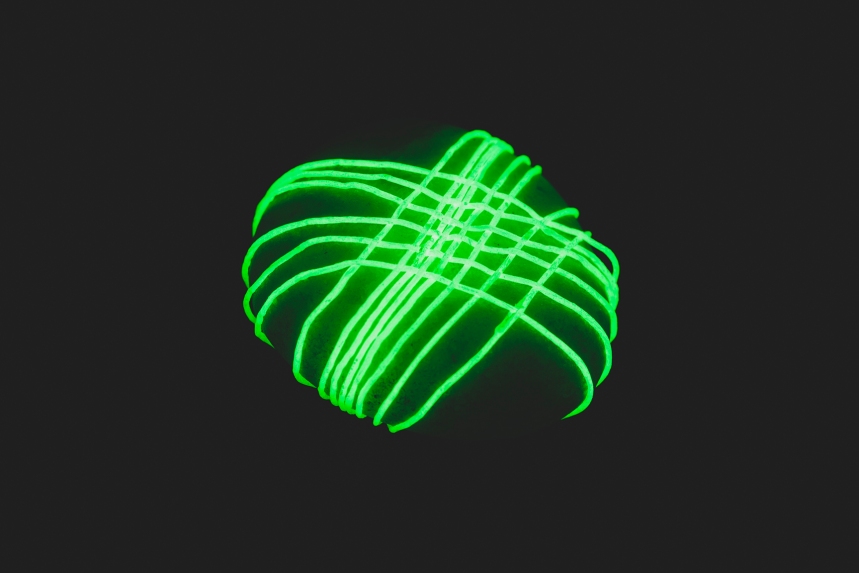 Illuminating my first effort, we could see where I managed to split the thread with my needle 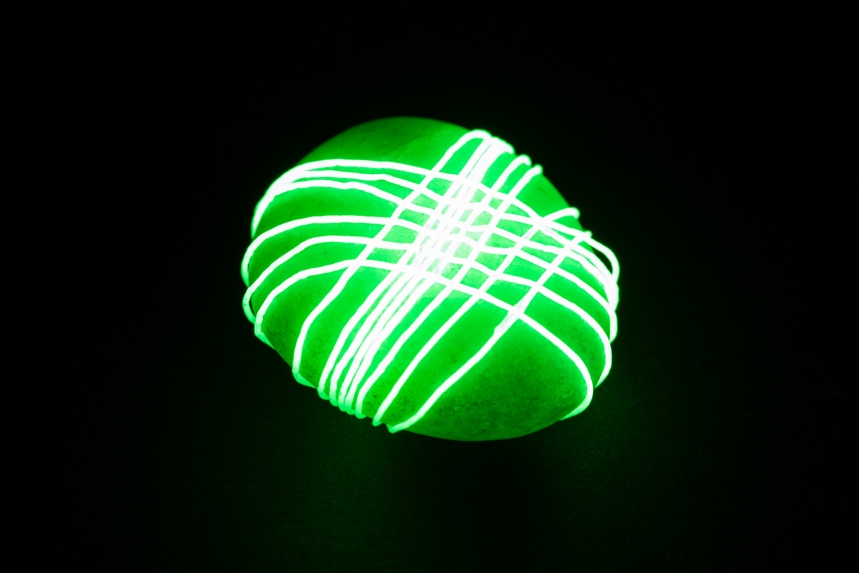 and the quartzy egg really glowed, becoming its own light source

the threads of my second attempt revealed themselves to be broken too, as well as coated in brick dust

and the rough, durable surface of my last effort seemed even more interesting

Had the thread shed itself onto the surrounding surface of the rock, or were elements in the rock catching the light?

Sometimes it’s just fun to experiment, with no end at all in view.